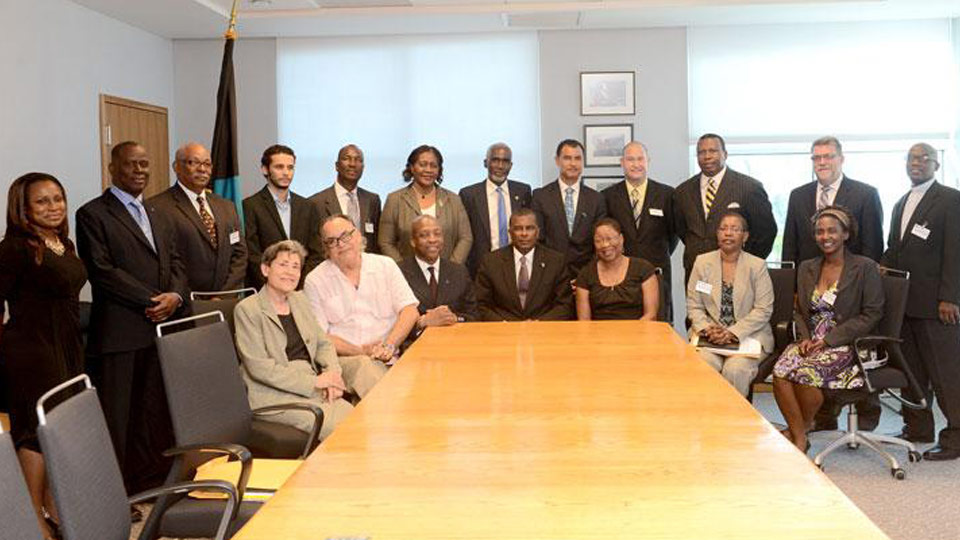 The following is a press statement by Fred Mitchell, Bahamas Minister of Foreign Affairs and Immigration made on March 24th, 2014:

At the Thirty-First Heads of Government of the Caribbean Community (CARICOM) Regular Meeting held 23 July 2013, the Heads agreed on an action plan on the matter of reparations for native genocide and slavery, it was also agreed that National Reparation Committees be instituted in each member state to establish the moral, ethical and legal case for the payment of reparations by the former colonial European Countries, to the Nations and people of the Caribbean Community, for native genocide, the transatlantic slave trade and a racialised system of chattel slavery. The Chair of each committee would sit on the CARICOM Reparations Commission.

“Reparations is the process of repairing the consequences of crimes committed, and the attempt to reasonably remove debilitating effects of such crimes upon victims and their descendants” (Hilary Beckles, Chairman CARICOM Reparations Commission and Pro-Vice Chancellor and Principal of the University of the West Indies) .

In preparation of a legal claim, each National Reparation Commission is to gather information pertaining to each claimant state; illustrate the link between historic discrimination and present day racial discrimination; outline modern racial discrimination resulting from slavery in areas of health, socio-economic deprivation and social disadvantage, education, living conditions/housing, property and land ownership, employment participation in public life and migration; and identity policies of the United Kingdom, which have perpetuated the discriminatory effects of slavery in the country (The Bahamas). This will serve as the Terms of Reference for The Bahamas Commission.

The Cabinet approved on the 4th March, 2014, Messrs. Alfred Sears and Philip Smith as Chair and Co-Chair respectively of The Bahamas Ad Hoc Committee on Reparations and the following persons to serve on the Committee:

These persons were chosen because of their broad expertise and their representation of The Bahamian society. The members are to create a robust public education programme that would mobilize communities in order to secure the support of, inter alia, political entities, focus groups, civic leaders, the Diasporas and the media.