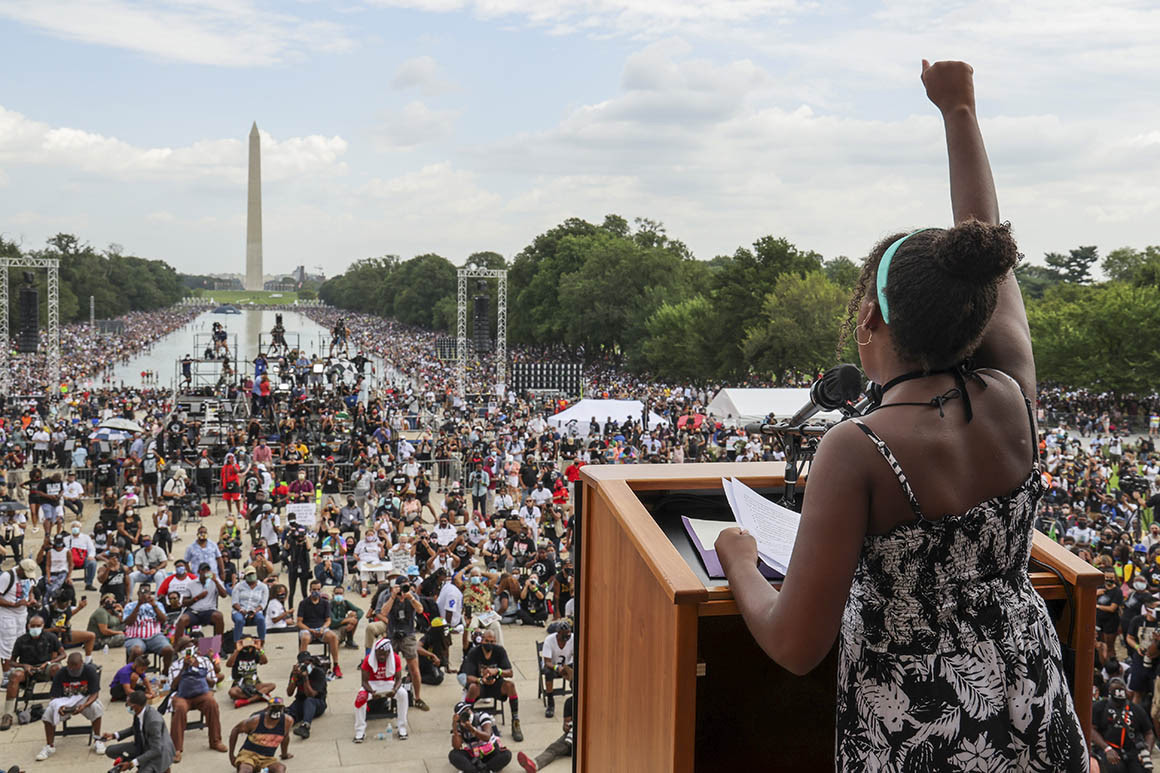 President Joe Biden supports the idea behind the bill. Vice President Kamala Harris endorsed it during her time in the Senate. But that might not be enough to get a proposal to study reparations for slavery to Biden’s desk this Congress.

Despite the enormity of the task behind the legislation known as H.R. 40 — named for the “40 acres and a mule” that has come to symbolize the post-Civil War government’s failure to help formerly enslaved people — the bill has new political momentum since its last introduction in 2019, when the GOP controlled the White House and Senate. The nationwide protests last summer following George Floyd’s killing have raised public awareness of racial injustice and kick-started a national conversation that advocates for a reparations dialogue see as valuable.

What no one knows yet is how committed the White House is to the specific House legislative vehicle, which has been introduced in every Congress for more than three decades and would establish a commission of experts to study direct payments to African Americans. The Senate introduced a companion bill for the first time during the 116th Congress, prompting a number of presidential candidates — including then-California Sen. Harris — to throw their support behind it.

Biden supported the idea of a reparations study during his own 2020 presidential bid but stopped short of fully endorsing the legislation itself. His administration is not testifying at a Wednesday hearing in a House Judiciary Committee subpanel on the reparations measure, but House Democratic efforts to put the issue back on the party’s agenda could nudge the White House to take a more direct position.

“It is clear … that the Democratic Party leadership is in favor of this legislation,” said Kamm Howard, a witness in Wednesday’s hearing and national male co-chair of the National Council of Blacks for Reparations. “The President would have a duty to move the legislation that his party in Congress is favorable to.”

Biden has garnered goodwill from Black activists and social justice advocates for moves early in his presidency that they say signal his commitment to taking racial equity work beyond talking points. Witnesses slated to appear at the hearing said that scheduling it within the first 100 days of the Biden administration was an important first gesture toward making progress on the bill.

The White House affirmed Biden’s support for a reparations study, while declining to endorse H.R. 40 as a vehicle, and pointed to the president’s early executive action on racial equity as proof of his commitment to addressing systemic racism.

“The President knows that we don’t need a study to take action right now on systemic racism occurring today,” one official said.

Even longtime proponents of reparations have acknowledged the challenges to getting the legislation passed. It is sure to face vehement pushback from Republicans in both chambers, dimming its chances given Democrats’ narrow majorities. Senate Minority Leader Mitch McConnell publicly opposed the idea of reparations in 2019, noting that his stance mirrored former President Barack Obama’s.

“We are very much active in getting the number of co-sponsors and number of votes needed to pass the legislation out of the House. We know we’ll have a more difficult time in the Senate,” Howard said. “With the Democrats losing a few seats in the House, getting to [a majority] will be a little more difficult, but we think we can do it.”

If the legislation passes, it would create a commission of more than a dozen experts to review the United States government’s role in supporting enslavement of African Americans from 1619 to 1865 from financial and legal perspectives. It would then recommend to Congress ways to both educate Americans on the legacy of slavery and alleviate its harms.

Rep. Sheila Jackson Lee (D-Texas), lead sponsor of the legislation, touted its growing support at Wednesday’s hearing. But Utah Rep. Burgess Owens, the ranking member on the Judiciary subpanel and its only Black Republican, opposed the reparations bill as “impractical and a non-starter.”

Owens said he saw reparations as a quasi-socialist redistribution of wealth program and instead proposed changes in education and health care policy with a focus on Black youth.

“It is also unfair and heartless to give Black Americans the hope that this is a reality,” Owens continued.

Black Americans comprise 13 percent of the nation’s population but constitute less than 3 percent of its wealth. While advocates for reparations sense a new opening during the Biden administration in the face of more overt recent racial injustice, they also have incorporated centuries of systemic inequities against African Americans into their argument to pass the bill. Several cited Jim Crow laws, discriminatory housing practices, and a justice system that has disproportionately impacted Black communities through mass incarceration and police violence.

Even so, H.R. 40’s progress remains in the early stages, and the bill will have to compete for attention with higher-profile proposals that also would help Black communities grappling with systemic economic disadvantage. Chief among them is Biden’s $1.9 trillion pandemic relief bill, which includes provisions for minority-owned businesses and health care centers in neighborhoods of color.

In addition, the Congressional Black Caucus has placed housing subsidies and vaccine access atop its list of legislative priorities, pointing to them as the most immediate means of mitigating the crises disproportionately impacting Black communities.

Democrats also have supported smaller-scale solutions to take the place of direct payments to African Americans. Harris, for one, proposed a tax credit in 2018 that would provide financial relief to middle and low-income Black households.

But advocates for pursuing the reparations conversation say those narrowed proposals shouldn’t be a substitute for studying the sweeping concept of restoring what slavery robbed from generations of African Americans. The coronavirus’ outsized toll on the Black population and last summer’s protests have only added to their interest in pressing Biden, making H.R. 40’s traction in this Congress a fresh test of the new president’s commitment to delivering for Black communities.

“The remedy is very specific to the harms that have been experienced and that people are still suffering from,” said Dreisen Heath, a program advocate at Human Rights Watch who’s set to testify at Wednesday’s hearing.

William Darity, a professor of public policy at Duke University whose work has focused heavily on reparations, said that if Democrats’ goal is to close the racial wealth gap, a handful of individual programs will not achieve it.

“We’re talking about moving from about two-and-a-half trillion dollars to $13 trillion in wealth among Black Americans,” Darity said. “So I’d like to see how each of these individual initiatives would actually do that. And I’ve never seen anybody actually demonstrate that in any kind of convincing way.”

Howard, who also will testify at Wednesday’s hearing, pointed to the fact that H.R. 40 has the most co-sponsors in its history — 173 Democrats — and support from Democratic leaders as a sign that the bill has staying power.

Whether or not the bill can get Biden’s endorsement and later signature, reparations experts see the next four years as their best shot at making progress on the issue, either via direct payments or acknowledgment of the legacy of slavery — something the U.S. government has not formally done before.

“Insofar as we’re finally having a national conversation about reparations, and insofar [as] there appears to be evidence of growing support for reparations for Black Americans,” Darity said. “I think we have to do it the right way.”