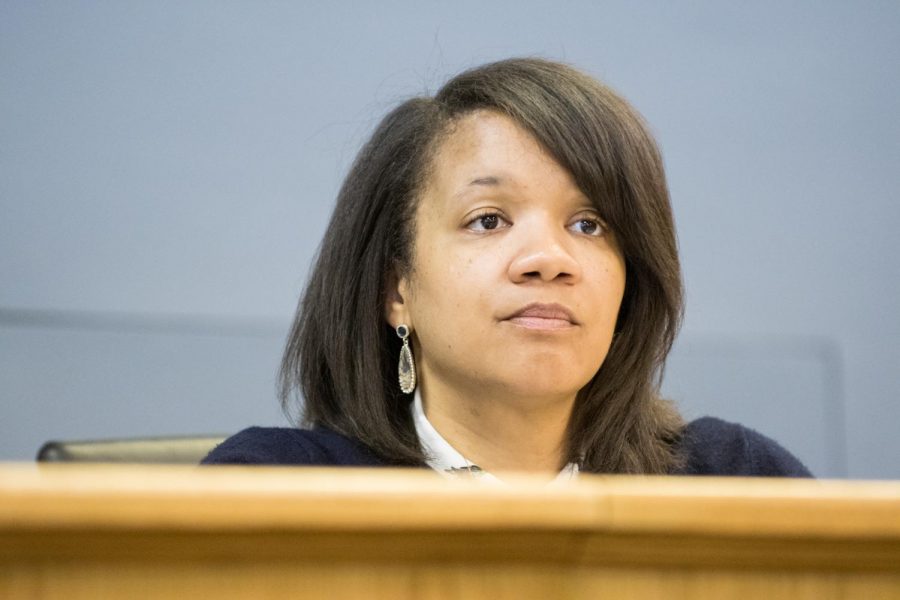 Just over 100 participants gathered through Zoom on Thursday for a virtual town hall on Evanston’s historic reparations fund.

The fund, established through a city resolution passed in November 2019, will consist of revenue from the cannabis sales tax and aim to address the continued disenfranchisement of black residents through the legacy of slavery. Ald. Robin Rue Simmons (5th) said the reparations subcommittee will develop initiatives in sectors residents have indicated as top priorities: housing, business development and education.

Kamm Howard, national co-chairperson for the National Coalition of Blacks for Reparations in America, said choosing these initiatives is the final step of the city’s reparations model.

“Reparations are any resources, no matter how large or how small, no matter how narrowly or broadly administered,” Howard said. “If these resources are targeted towards the repair or healing of current injuries from past harms, it is in fact reparations.”

Black Americans have died from COVID-19 at a rate more than double that of any other racial group, Jackson Lee said. Although these disparities are partly explained by pre-existing health problems such as hypertension and diabetes, which disproportionately impact the black community, she said the problem reveals deeper inequalities.

“The alarming rates which COVID-19 is killing black Americans really extends beyond these core morbidities and can be attributed to the decades of spatial segregation (and) inequitable access to testing and to healthcare,” Jackson Lee said.

Ald. Ann Rainey (8th), a member of the reparations subcommittee, said the city projects $10 million in funding for the program over the next 10 years, which will come from a 3 percent tax on recreational cannabis sales.