Chicago Passed Police Torture Reparations 5 Years Ago. Were They Implemented? 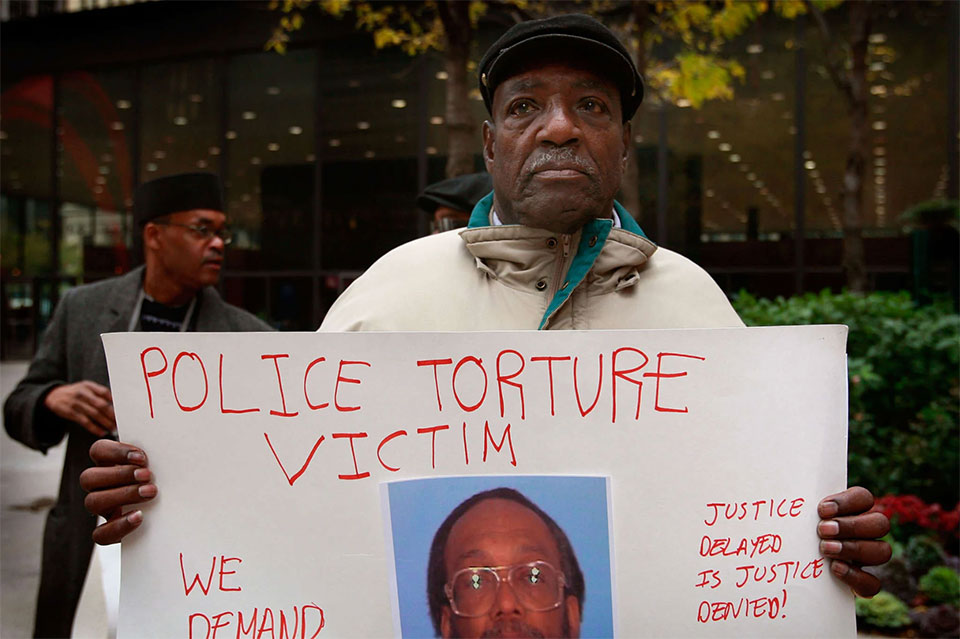 This month, the movement against Chicago police violence celebrated the fifth anniversary of the passing of the historic reparations ordinance. Born out of more than three decades of legal and political struggle waged by an intergenerational and interracial movement comprised of torture survivors, their families and lawyers, activists and their organizations, and a handful of progressive journalists and politicians, the reparations package provided:

The History
Police torture, in the form of electric shock, suffocation with plastic bags and typewriter covers, mock executions, and brutal beatings with rubber hoses and nightsticks, most often to the genitals, accompanied by all manner of racist threats and insults, was brought to the southside of Chicago in 1972 by Jon Burge, a police detective, back from a tour as an interrogator in Vietnam. With a midnight crew of self-anointed “asskickers,” Burge terrorized more than 125 Black and Brown suspects with these tactics over the next two decades, obtaining confessions that sent their victims to prison and, in some cases, to death row. With willing accomplices at the highest levels of the police department, the state’s attorneys’ and mayor’s offices (most prominently Richard M. Daley), and the Cook County judiciary, and aided by an impenetrable code of silence, this official terrorism remained an open secret while Burge was rewarded with numerous promotions for his good work.

In 1989, the coverup began to unravel during the civil rights trial of Andrew Wilson, a particularly egregious victim of Burge and his men. After Wilson was picked up in 1982 for the alleged murder of two white police officers, Burge orchestrated a regimen of torture that included electric shock to Wilson’s ears, nose and genitals, burning on a hot steam radiator, bagging and beatings to obtain a confession which sent Wilson to death row. During the civil rights trial, an anonymous police source, later dubbed “Deep Badge,” contacted Wilson’s lawyers and detailed the depth and breadth of the systemic and racist torture regime. Armed with this roadmap, Wilson’s lawyers set out on a decades-long campaign to uncover and publicly expose this evidence.