Welcome, Mister Harry Wales: The Visit of the Privileged 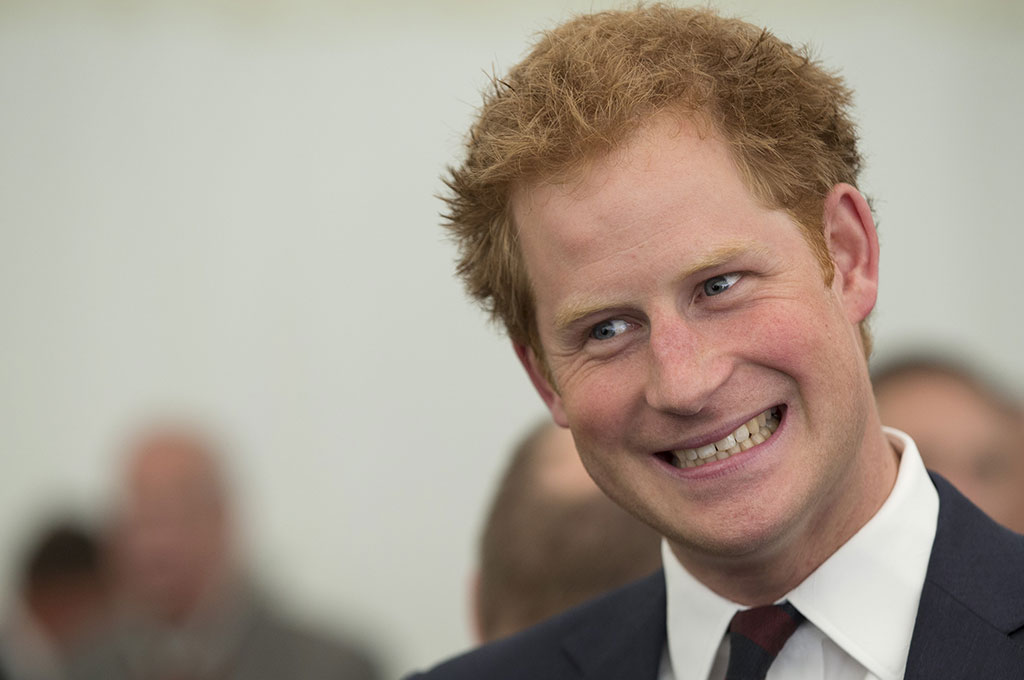 Welcome, Mister Harry Wales: The Visit of the Privileged

We welcome you Henry Charles Albert David aka Prince Henry of Wales or perhaps more popularly as Prince Harry. We understand that you do not have a surname, but as a member of the House of Windsor, you occasionally refer to yourself as Harry Wales. We hope you will allow us to follow your dictates.

We do not recognize the accession to special privileges of anyone simply on the nature of his or her birth. We welcome you as a representative of the governance of the United Kingdom, a country with which we have had a four hundred year relationships – alas – categorized by the enslavement and colonial domination of our ancestors. We welcome you to Antigua and Barbuda, a country that maintains cordial relationships with the United Kingdom, but one that recognizes fully the crimes against humanity that your people have committed against us.

We urge you Mr. Wales, to spend some time viewing the exhibition of photographs – the work of Margo Davis – on display at the Governor’s House. There is a photograph in the south-western corner of the exhibition space that attracts our attention and we hope you will spend time before it. It is entitled ‘DANCING TO THE MUSIC OF OTIS REDDING’. We ask that you note the poor dilapidated housing, the tattered clothing and bare feet of the children, the rugged condition of their playing space. We ask that you note that this is 1970 and that this is typical of the conditions in which the United Kingdom left this country after four hundred years of exploitation.

We also ask that you note the human joy on the faces of the children. Our economy is based on tourism and I am sure that your itinerary includes travel and visits to many of our developed sites. We think it is important that you note the amazing contrasts between what exists now and the conditions your people and country left here less than fifty years ago. We hope also that you will be exposed to the challenges we continue to face in the delivery of health, education and other social services, the absence of cultural institutions that can lead historical knowledge programmes, the crippling national debt incurred to offer our people a better life than the one to which your Government and people condemned us. We hope that you take some time to explore with us the legacies of slavery and colonialism that continue to thwart ‘our efforts at sustainable economic development and the psychological and cultural rehabilitation of our people’.

In January of this year, the Prime Minister of Barbados, acting in his role as Chairman of the Caribbean Community (CARICOM) Prime Ministerial Sub-Committee on Reparations, invited your former Prime Minister, David Cameron and his Government to meet with CARICOM ‘in order to discuss how best we may amicably exchange views on reparations with the framework established by the United Nations which called on the developed world to ‘acknowledge and profoundly regret ‘the untold suffering and evils inflicted on millions of men, women and children as a result of slavery, the slave trade, the transatlantic slave trade, colonialism, apartheid, genocide and past tragedies’ and further to ‘find some way to contribute to the restoration of the dignity of the victims.’

Four months later in April, former Prime Minister Cameron responded that ‘this is not the time to make amends for the past…but we need to concentrate on building for the future and identifying ways we can work together to tackle the shared global challenges that face our countries in the 21st century’.

Mr. Wales…the irony is not lost among us as this is the same Prime Minister of your country that in 2014 called on the British ‘to do everything possible to make sure that the memory of the Nazi holocaust is preserved from generation to generation’ while increasing the UK funding for the holocaust Education Trust by an extra three hundred thousand pounds per annum and announcing the appointment of a new national holocaust Commission which will set up a permanent holocaust memorial in Britain.

We simply ask the question…’are African people and their descendants in the Caribbean not worthy of the dignity expressed through reparations to Israelis/Jews, Japanese Americans, Native American Indians, The Allies of World War ll, Polish slave laborers, The Canadian Eskimos, the Australian Aborigines, the New Zealand Maoris and a host of others who have been compensated for crimes committed against them?’

The Antigua and Barbuda Reparations Support Commission (ABRSC) highlights the fact that the African is the only wronged race that has not received even an apology from those who committed the most brutal crimes against us. We hold that Reparation is not only about compensation for lost labour. The injury to Africa and African peoples was the comprehensive destruction of human lives, human cultures and human possibilities.

ABRSC sees the Reparations Movement as ‘a comprehensive moral, legal and political response to the crimes against humanity committed during enslavement and colonialism’. In concert with the Caribbean Reparations Commission, we iterate that Reparation is the singularly most important intervention to enable our tackling of present global challenges.
In this regard, we call on you Sir to be mindful of the fact that your country and people extracted more wealth from our enslavement and colonization than any other. We call on you to communicate these facts to those in your country already aware of its responsibility to promote human rights and make amends for crime committed against humanity. We call on you to urge them to rise with us, in the interests of human dignity and the future, to a commitment to reparatory justice.

Your visit will be historically deemed a success if your interventions enable the firm placement of the issue of reparations on the agenda of the United Kingdom. Otherwise, it will be condemned as simply another paid holiday jaunt of a descendant of a privileged British class continuing to wallow in the spoils of the European ‘economic powerhouse’ created by the blood and labour of African peoples and their descendants.

One thought on “Welcome, Mister Harry Wales: The Visit of the Privileged”

Very well stated! They have been told. Time now for contemplation then action.