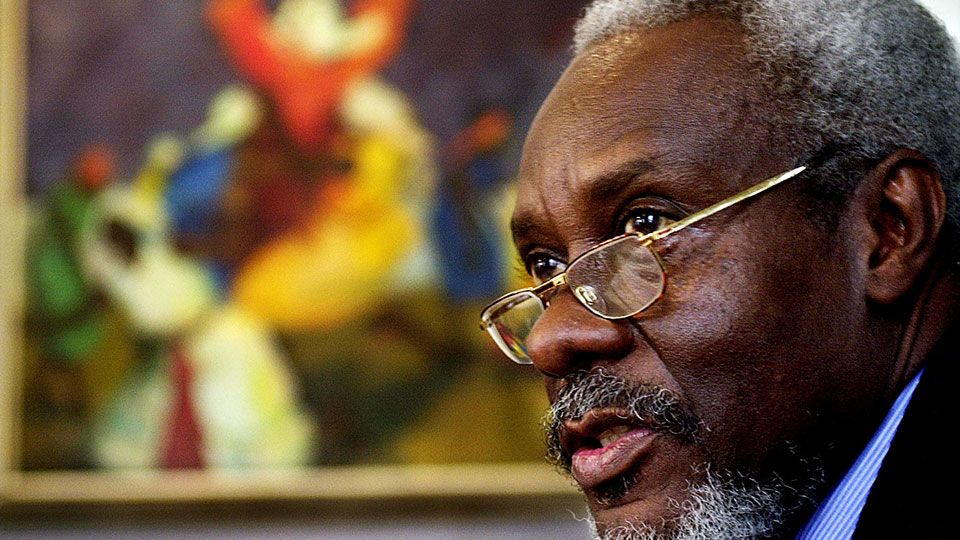 By The Most Honourable P.J Patterson ON, OCC, PC, QC

Today represents a painful memory for the members of the platform and this distinguished audience. A special recognition to the Rastafari brethren and sistren in the audience. They were among the first to carry on the struggle of our indigenous and enslaved ancestors for reparatory justice. In the post-colonial period they stoked the embers and fanned the flames of the dying reparation fire. It has now become an unstoppable conflagaration. I applaud all the individuals, institutions and organizations locally, regionally and internationally who have joined them in this reparation movement.

As we open this important Conference, I implore all of us to see ourselves as working towards one aim, one destiny – The search for justice and repair of our societies; societies disfigured by colonization; societies that continue to suffer the legacies of enslavement and native genocide. We need all hands on deck, wherever we are located – in the West, in the North, in the South, in the East; because the tentacles of colonial injustices were spread far and wide; and their legacies continue to be far-reaching. Let us not delude ourselves.

We in this audience are converts to the cause; but the masses of Caribbean people are still to be brought on board the reparation train. They are stuck at halts and stations all around the region and indeed in the Diaspora, waiting for a reason to board. If we do not wish to have them waiting indefinitely on the platform, or worse boarding the wrong train, we need to use this forum to settle all the unanswered questions around the struggle for reparatory justice. Today, I wish to concentrate on just one – the question of Africa’s role in the historic evil of human trafficking.

The question has been asked: Why do we make a claim for the persons stolen from Africa by the European colonisers and none from Africa? Such a question rests on the false assumption that Africans in Africa were responsible or at least co-responsible for the historic slave trade. Supporters of this line of thinking assert that the trans-Atlantic slave trade and slavery were extensions of an already existing system of slavery that was operated by Africans. So Africans, the critics say, must bear a moral responsibility for the trans-Atlantic trade in humans and African enslavement, because they had set up a system that was only extended by Europeans.

In this picture Europeans play a subordinate role, while in reality the reverse was the case. We must mount a public education campaign around this issue of African complicity. One should not place on a victim the guilt for a crime; so we should stop putting the guilt of the collaborator on the shoulders of the victim.

The African continent was the victim of imperial exploitation and slavery and suffered a massive loss. It resulted in a major depopulation of Africa, with its heavy male bias. It destroyed age old political traditions, undermined tribal systems, corrupted both moral and civil practices. In short, it crippled the potential for economic growth and social development. As Dew Baboram points out, “African slavery was based on a new world economy where plantations using forced labour were situated in one part of the world and an international system was set up to kidnap and transport Africans for these properties.”

Indigenous African slavery was primarily based on debt or captives in war and not on an economic system of plantation labour camps with its continuous need for imported labour.

The infrastructure established to support the historic human trafficking of Africans was not known in Africa before the mass exportation of Africans to the West: What Europeans did was lay down the new infrastructure: fortified forts along the African coast that directed the process of kidnapping;
a shipping industry of floating prisons that transported the captured human beings, a system of production centres with forced labour plantations; the transport of the products from these centres to Europe, the construction of factories for the processing of these products, a distribution infrastructure for the consumption of these products and the banking and insurance sector to finance the whole process.

The ideology of racism and the articulation of superiority and inferiority linked to race and colour were absent in Africa before the trans-Atlantic trade in Africans.

While the idea of slave labour was not foreign to African societies, it is a well-established fact that, wherever slavery existed, it was much different in character, structure and function from the chattel form that characterized the trans-Atlantic slave trade and so slavery in West Africa before the 15th century must not be used as a justification for the European directed slave trade.

So it was the slavery of the trans-Atlantic slave trade that was foreign to West Africa. And yes; some individual chiefs and African traders got wealthy from their collaboration with Europeans; but Joseph Inikori, the Nigerian economic historian and others have shown that the net profit to Africa itself was zero.

No Priciple of Law

The history also shows that some African Leaders were induced by intimidation or bribery or greed to collaborate in the capture and transport of Africans destined for slavery. Many African Leaders opposed vehemently the capture and transshipment of their people. There is no principle of law which permits the organizers of a criminal enterprise to escape responsibility because others collaborated in carrying out the enterprise.

The principal felons cannot escape because there were accomplices. There is no Statute of Limitations which can exonerate or obliterate the memory of this most heinous crime against the human race. The most serious penalties under criminal law are reserved for those who organize the criminal enterprise and profit most from it. It was European nations, who conceived the trade, put the enterprise into motion, controlled its operation, and were massively enriched by it.

Neither Forgive Nor Forget

I find it amazing that people of African descent in our region are willing to forgive and forget the participation of Europeans in this crime against humanity but continue to hold Africa accountable for the slave trades and slavery. Yet the ships were built and outfitted from Europe: London, Liverpool, Bristol, Bordeaux, Middleburg, Nantes, etc. The trade goods were manufactured in Europe; the weapons of war to force compliance by Africans came from Europe; the staff at the dungeons and the crew on the slave ships were primarily European.

European institutions drew up business plans to set up forced labour camps in the Americas and organized the transport of kidnapped Africans from Africa to the Americas. Europeans ordered labour, financed the system, provided the guns and organized the forts along the coasts as managerial centres for the trade.

Modern slavery is illegal. Colonial slavery was legal for the imperialists. It was the cornerstone of the world economy and built an infrastructure that was part of that economy.

“Modern slavery” does not have the whole ideological apparatus to support it. Colonial slavery was based on the ideology of racism. The label “modern slavery” belittles the nature of the crime against humanity that was committed by Europeans and seeks to shift the blame for the horrors of colonialism to the victim countries of colonialism.

We must never allow this most heinous crime to be obscured from human memory. We must never allow a distortion of history to exculpate those who designed, executed and prospered from the pernicious slave trade. Let us speak the truth about the trans-Atlantic trade in Africans and decolonize our minds!

And let us get our scholars on both sides of the Atlantic engaged in this discussion – for the sake of us all.