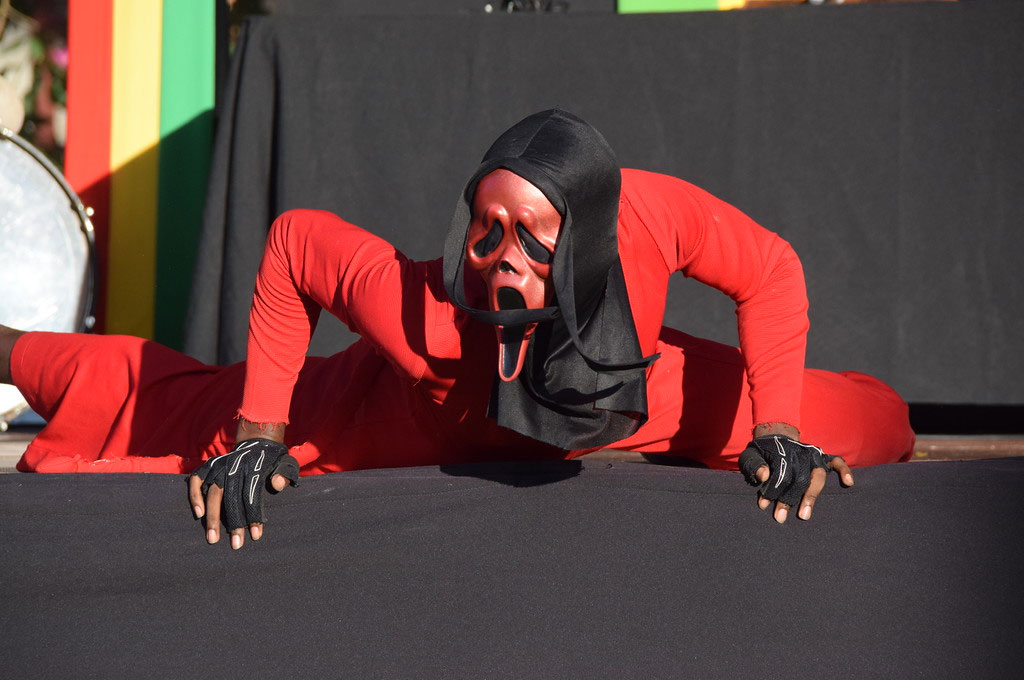 The Silver Shadows Dance Academy staged two telling presentations at the CARICOM Reparations Youth Rally on Derek Walcott Square that silently spoke loudly of the pain and suffering of the past, as well as the joys of dreams of victory.

The full support of Saint Lucia’s youth has been pledged for the process of taking CARICOM’s Reparations Message to their peers here — and to the people of Saint Lucia and the Caribbean.

The pledge was made in a ‘Declaration for Reparatory Justice’ made at a CARICOM Reparations Youth Rally held here Saturday October 29, on Derek Walcott Square in Castries – and which was also broadcast live on NTN (National Television Network) and Radio Saint Lucia (RSL)).

The Declaration was read by Saint Lucia’s CARICOM Youth Ambassador Charde Desir, who is also Dean of the CARICOM Youth Ambassadors.
The Declaration pledged the “support of the island’s youth for and involvement in the current programme and process being undertaken within CARICOM, to secure Reparations for our people, as descendants or ‘ascendants’ of our ancestors, who suffered the excesses of Slavery and Native Genocide, in accordance with the Terms and Conditions established by CARICOM Heads of Government and the CARICOM Reparations Commission (CRC).”

The Declaration also pledged the youth will “Engage young people across the country in programmes and activities that promote greater awareness of the excesses of slavery and native genocide.”

The youth entities promised to seek and share greater awareness of “the ways in which the legacies of these historic processes continue to impact our lives, especially in, but not confined to, issues of social justice, negative self-worth, self-hate, crime and violence among youth.”

The Declaration said the youth entities and members will “assume full responsibility for engagement of the country’s youth in activities to secure Reparations for Slavery and Native Genocide, in accordance with and support of the Terms and Conditions established by the CARICOM Reparations Commission (CRC).”

The Declaration identifies some of the related issues to be pursued, “such as the process of reform of education policies and programmes, governance and social issues, recognition of Kwéyol language and customs, as well as promotion of positive cultural and national identities.”
The Declaration says the youth will also “lobby national governments to ensure that adequate resources are provided for National Reparations Committees (NRCs) as a demonstration of national commitment to the process and without which the process will continue to be marginalized and lack influence and impact.”

According to the Declaration, the youth concerned will also undertake to “create a National Programme of Youth Action on Reparations, based on specific and measurable objectives to be achieved, with a mandate for regular reporting of outcomes to the National Reparations Committee (NRC).”

Also present at the rally was a contingent from the CARICOM Secretariat led by Program Manager for Culture and Community Relations, Dr Hilary Brown, who also spoke on why CARICOM is seeking Reparations from Britain and Europe.