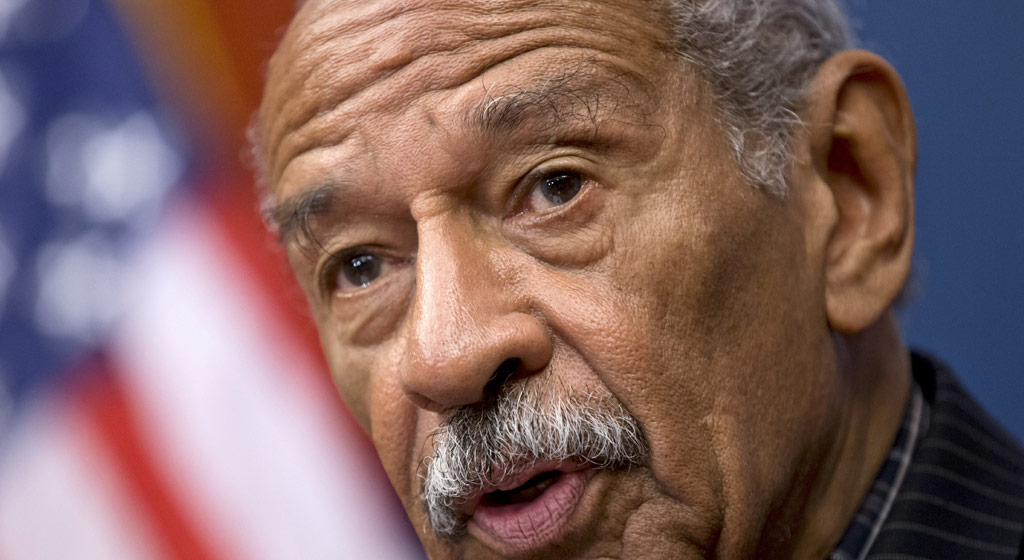 Congressman John Conyers, the longest serving member of Congress, introduced a revised version of HR40, his long-standing reparations bill, at the start of the 115th Congress last week and grassroots U.S. and global support grows.

The new bill, entitled, “The Commission to Study and Develop Reparations Proposals for African Americans Act,” will focus on reparations remedies.

“The revised bill reflects the advances in the legal and societal discussion of the transatlantic slave trade and reparations,” said Rep. Conyers. “The call for reparations represents a commitment to entering a constructive dialogue on the role of slavery and racism in shaping present-day conditions both in our community and in American society as a whole. Slavery is a blemish on this nation’s history, and until it is formally addressed, our country’s story will remain marked by this blight.”

The revised bill has received enthusiastic support from advocates for reparatory justice in the United States and across the globe. To date, some 20 members of the US Congress along with dozens of national associations and civil society organizations are supporting the bill and Cong. Conyers hopes to garner up to 100 co-sponsors in the weeks ahead.

Dr. Ron Daniels, convenor and chairman of the National African American Reparations Commission (NAARC) and President of the Institute of the Black World (IBW) applauded the new version of HR40.

“Once again, Congressman John Conyers is to be commended for his vision and courage for introducing this vital measure,” said Daniels. “Updating HR-40 to examine reparations remedies is a significant step forward in addressing the devastating inter-generational harms inflicted by centuries of enslavement and structural racism on African Americans. This assessment and action is especially important given the “state of emergency” in numerous Black communities across this country.”

Kamm Howard, chairman of the Legislative Committee of the National Coalition of Blacks for Reparations in America (NCOBRA) and a member of NAARC, played a leading role in mobilizing public support for the new bill.