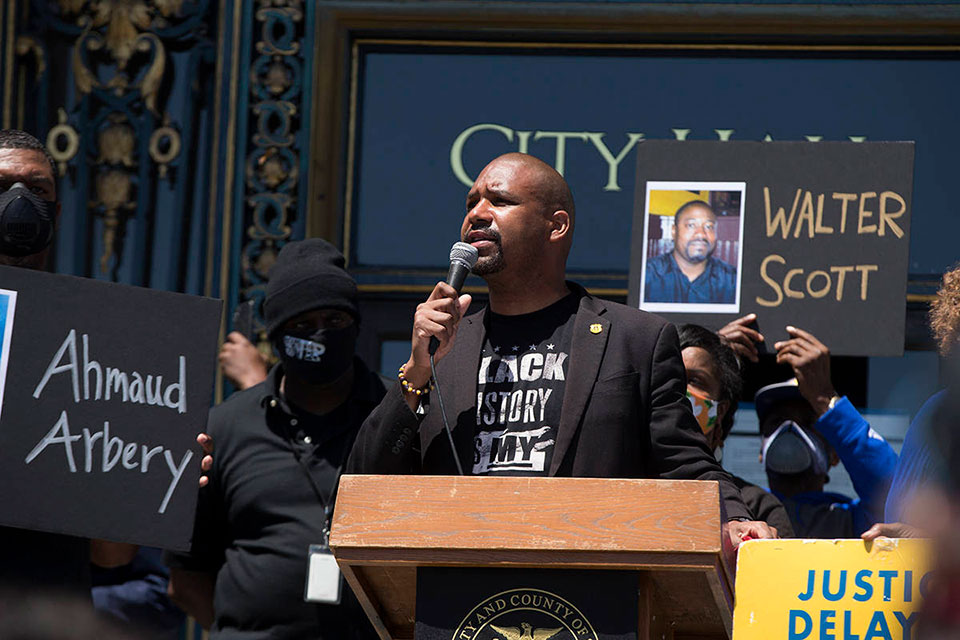 San Francisco would establish a 15-member advisory body to draft a plan for paying reparations for slavery, under a proposal introduced by Supervisor Shamann Walton.

Walton’s legislation is the latest step moving The City closer to providing reparations, an idea that is gaining ground in other jurisdictions. Last month, Gov. Gavin Newsom signed Assembly Bill 3121, which requires the state to establish a task force to develop reparation proposals for African Americans who are descendants of slaves.

“The United States has a history of inflicting trauma on communities of color and that trauma continues to exist in our community,” Walton said Tuesday, when introducing the legislation. “This is not the America we envisioned. But this can be the San Francisco that we need to correct the wrongs of history.”

The members would be appointed by the Board of Supervisors, with each seat filled by someone satisfying specific criteria. For example, seats would need to be held by someone who lives in public housing, someone displaced from San Francisco due to gentrification, someone with expertise in venture capital, a small business owner and someone who was formerly in jail.

The Human Right Commission would provide the staff for the committee.

The legislation spells out what the “San Francisco Reparations Plan” would accomplish, including determining “the scope of and eligibility for a citywide reparations program and the means of disbursing reparations in order to make whole those who have been wronged or who continue to suffer harm from past wrongs, to close racial wealth gaps, and to address ongoing discrimination, anti-Black prejudice, and inequities.”

The plan would also chronicle the legacy of slavery and discrimination “and ongoing institutional discrimination that has prevented the enslaved and their descendants from fully benefiting from the growth of the U.S. economy.” It would also detail the current and historic discrimination in San Francisco with proposed reforms “to guard against the need for future redress.”

The legislation lives up to Walton’s promise earlier this year to establish the advisory body, which was called for in a resolution he introduced that was unanimously approved by the Board of Supervisors in August.

The resolution supported a “reparations plan that will comprehensively address the inequities that exist in the African American community as a result of slavery’s legacy of systemic oppression.”

The state law, AB 3121, requires Newsom to establish the five member task force by June 1, 2021. The body would have to submit a final report within a year of its first meeting.

The state law states that more than 4 million Africans and their descendants were enslaved in the U.S. from 1619 to 1865. Slavery officially ended with the ratification of the 13th Amendment.

“As a result of the historic and continued discrimination, African Americans continue to suffer debilitating economic, educational and health hardships,” said the state law, which was introduced by Assembly member Shirley Weber (D-San Diego).