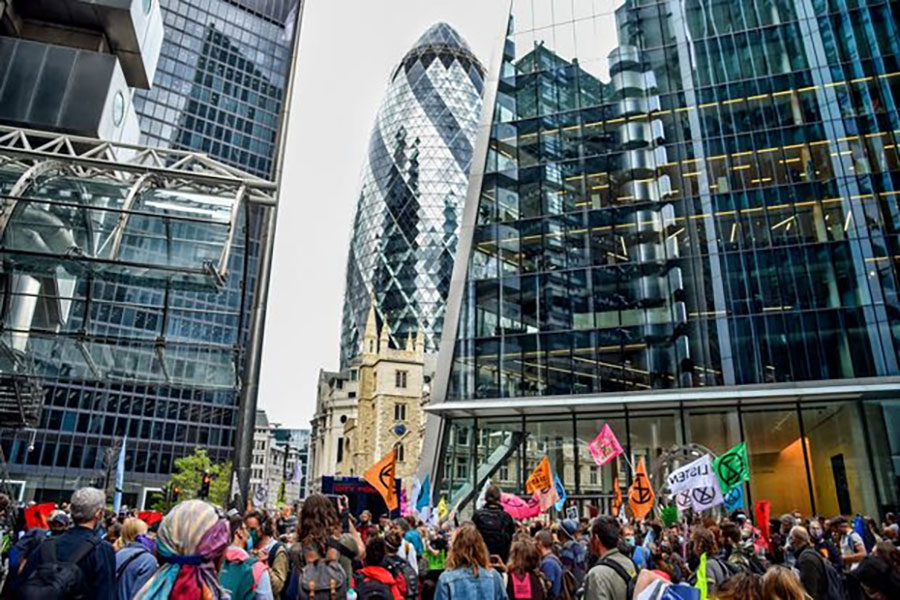 The 332-year-old insurance market is responding to pressure from Black employees and racial-equality campaigners to open up about the slave trade in the 18th and 19th centuries. Lloyd’s Chairman Bruce Carnegie-Brown said he is talking to academic and cultural institutions that can help to investigate its archive.

“We insured cargo vessels and slaves that were the cargoes of those vessels going across the Atlantic to the Caribbean and the East Coast of the United States,” Mr. Carnegie-Brown said. “It’s almost certain that we have a very high share of whatever insurance was bought. We don’t know today how much insurance was bought.”

Amid a global reckoning on race sparked by the May killing of George Floyd by a police officer in Minneapolis, pressure increased on Lloyd’s and other British companies to acknowledge their historic links to slavery and face the possibility of reparations.

Mr. Carnegie-Brown said Lloyd’s risk of reparations was unclear because the company is comparable to a stock market “that just convenes the buying and selling of insurance by other entities.” In the days of slavery, Lloyd’s didn’t underwrite insurance or have a central fund like today, he said. Lloyd’s was unsuccessfully sued by descendants of slaves in the U.S. more than a decade ago.

Describing reparations as a “loaded word,” Mr. Carnegie-Brown said there would be “legal issues to probe to try to get a better understanding about whether any kind of concept of Lloyd’s existed in a way that would command some kind of challenge around reparations.”

Mr. Carnegie-Brown said he was hesitant to get involved in conversations about reparations without being much better educated on the legal parameters.

“Dialogue with mutual respect and understanding is what we ask,” Hilary Beckles, the chairman of a reparations commission representing Jamaica, Barbados and other Caribbean nations, said. “We need closure and to move on. We can put this terrible history behind us and get on with our business and our lives with the context of justice.”

JPMorgan Chase & Co. this month committed $30 billion—mainly in the form of new lending—to improve racial equality in the U.S. Lloyd’s has pledged £1 million, equivalent to $1.3 million, to charities that assist Black people. Mr. Carnegie-Brown said the sum “almost certainly” wasn’t enough but was a start.

“We certainly don’t have $30 billion so it’s never going to get to that number,” he said.

Some Lloyd’s employees have been pushing the company to be more open about its past.

“There have been Black people working in the market who have said ‘Well, where’s mention of Lloyd’s role in the slave trade there?’” Mr. Carnegie-Brown said, adding those issues had been accentuated and accelerated after Mr. Floyd died.

The Lloyd’s chairman said he wants to digitize the insurance market’s archive to make it more accessible. A report into the findings from the archive could be ready for publication within months, he said.