We Must not Apologize for Reparations Demands 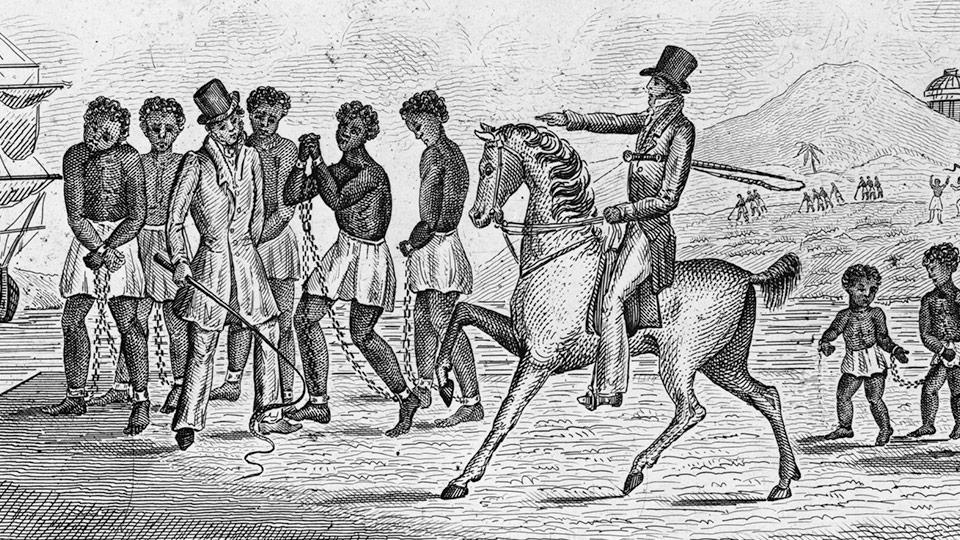 I remain unapologetic in my support for, and advocacy on, the issue of reparations for the victims of genocide of the indigenous people of the Caribbean and the inhuman trade in African people. It is my fervent hope that the vast majority of the people of the Caribbean, here and in the diaspora, would adopt a similar attitude, because we must be positive if we are to succeed in this historic quest.

It is the great irony of our times, and a major tragedy at that, that the victim is being made to feel guilty for crimes perpetrated against them. Even prominent opinion shapers among us, who one would expect to be in the forefront of the reparation claim, are somewhat hesitant to be in the front-line. Perhaps it has to do with approaches on the part of governments in whom they do not repose a lot of confidence, but our reparation is bigger than any CARICOM or any individual government or leader.

We will have to blow our own trumpets in this regard; no one is going to blow them for us, and the reparation battle may very well turn out to be a protracted one in which our unity of purpose and determination will be critical. Our first battle will be to convince ourselves of the justness of our cause, for one of the lasting effects of colonialism and slavery is that we lack confidence in ourselves as a people. Perhaps if the late John F. Kennedy or Bill Clinton had endorsed the claim for reparation, many more of our own would have found it more acceptable.

All kinds of red herrings are being strewn in our path, creating more confusion in mapping the way forward. Among them is the spurious argument that we are not likely to succeed in our claims. Well, all I could say in reply, is that there were slaves who doubted whether they would ever be freed and whilst desiring freedom, thought it wiser not to be clearly identified with the fight to end slavery.

A lot of this confusion in the minds of many of our people stems from the fact that we are yet to fully comprehend the lasting effects of genocide, slavery and colonialism and how it relates to our condition today. It is really no fault of ours; our educational system was not designed to so enrich our understanding. The result is the rather simplistic view that slavery ended nearly 200 years ago, so why are we still harking back to the past. Associated with this view is an acceptance of the rape and plunder of the Callinago and Garifuna people and resources, as if they were of no value. Those people lost land, culture and dignity and are still among the poorest, here, in Dominica and Guyana.

Do they not have a rightful claim to reparation?

At the recent CARICOM Heads meeting, held here two weeks ago, approval was given to a document prepared by the Caricom Reparations Commission (CRC), entitled the Caribbean Reparatory Justice Programme. It is a 10­ point action plan which sets out simply what the reparations claim is all about. It is a very important document in helping our people to understand the issue. Strangely, and here I continue to harbour grave concerns about how we are going about the reparations business, not much publicity has been given to the document. Even our journalists seemed to be focusing more on the issues related to marijuana and the St Kitts/Nevis situation, rather than publicizing the document.

But my own reservations about the handling of the reparations issue does not in any way undermine my own staunch support for the righteousness of the cause. I urge the various national committees to publicize the 10 ­point plan, so that it can be known by all just what we are seeking. In particular, we need to answer the false, and dangerous, idea, that this is all about money; that we cannot succeed, or if we do, to whom the money will be paid, and that this will be a recipe for in­-fighting and disaster.

For the record, the 10­ point plan makes it plain that “international reconciliation” is part of the process, that Caribbean people “have a duty to call for reparatory justice” and that “the persistent harm and suffering experienced today by these victims,” (of genocide and slavery), is “the primary cause of development failure in the Caribbean.” If we get to understand this, we would realize that notwithstanding the failings, shortcomings or even misdeeds of our post-­independence leaders, we are poor because of our historical experiences.

This is what those who profited from plunder refuse to acknowledge, to apologize for, or to compensate the victims and their descendants. Hence, the reparations claim is a just call and must begin with “the offer of a sincere formal apology by the governments of Europe” (Point No. 1). We must not be ashamed or timid; we are the wronged.

Renwick Rose is a community activist and social commentator in St. Vincent & the Grenadines.