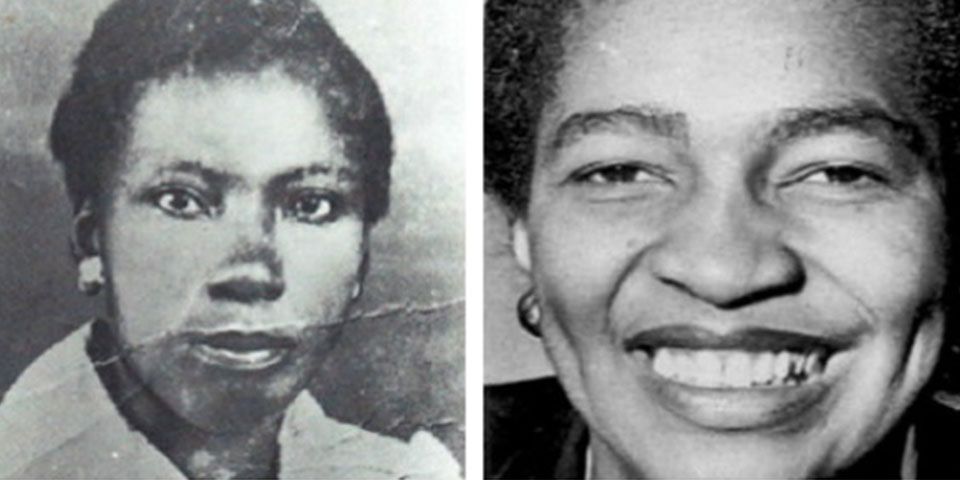 There is a ‘lost history’ of radical women and women’s organizing in the Caribbean for social and economic justice that changed our landscape for more than a century.

When we think of great leaders, we think of presidents, prime ministers and heads of revolutionary movements. In our collective memory, we sometimes forget the immense sacrifices of left organizers for social, economic and political change. Yet, not all revolutionaries and martyrs are equal.

Working class, non-white, activist, and left women from the Global South suffer from the greatest invisibility. There is a ‘lost history’ of radical women and women’s organizing in the Caribbean for social and economic justice that changed our landscape for more than a century.
In what will forever be remembered as the July 26 Movement, a young Fidel Castro led a failed attack against the Moncada army barracks in Santiago de Cuba in an attempt to inspire a national uprising against dictator Batista. While many of his comrades were slaughtered in the action, the passionate and idealistic Fidel, in 1954 wrote a lengthy critique of capitalism in the Isle of Pines prison, decrying the social and economic ills of Cuba under dictatorial rule instead of making a defense regarding the charges brought against him.

In a speech that has been remembered for one of its precious lines, “History will absolve me,” Fidel Castro joined the distinguished tradition of revolutionaries who defended themselves in court by advancing their radical political beliefs. One year before Fidel would be absolved by history, Claudia Jones, made her defense in a U.S. court challenging the imprisonment she faced because of her communist beliefs.

Claudia Jones was a prominent Caribbean radical organizer and thinker to communities in the U.S. and U.K. Jones combined Marxism-Leninism, decolonization, anti-imperialist and anti-sexist politics to make sense of the social and political situation of her day. Carol Boyce Davies places Jones’ lifelong revolutionary work into the canon of left radicalism that has too widely been interpreted in androcentric terms.

Even though we can consider Claudia Jones a “female political and intellectual equivalent of C.L.R James, “her omission from historical narratives, including left scholarship and analysis, has served to undermine the urgent theorizing of questions concerning women in general and Black women in the First and Third Worlds.

In 1953, under the Smith Act in the U.S., Claudia Jones delivered a speech to the court at her trial for “subversive activities” aimed at overthrowing the U.S. government. She was sentenced to a year in jail, and afterward, was deported. Her speech to the court was one of rhetorical brilliance. In a section of her speech, she questions the logic of her sentencing through a series of questions that illustrate the irrationality and oppressive character of the charges brought against her.

She expresses her political beliefs against the war in Korea, against the alienation of workers under capitalism and her support for freedom of speech. She described the trial as a “trial of ideas.” Jones stands firm in her convictions fearlessly, “I say these things not with any idea that what I say will influence your sentence of me. For, even with all the power your Honor holds, how can you decide to mete out justice for the only act to which I proudly plead guilty, and one, moreover, which by your own prior rulings constitutes no crime—that of holding Communist ideas”

Before Fidel and his case against the economic and social misery of Cuba, before Claudia and her communist convictions, Elma Francois, a domestic worker and labor organizer, on sedition charges, defended herself. Francois was born in St. Vincent and migrated to Trinidad and Tobago as a worker in 1919. She began as a domestic worker.

She joined the Trinidad Workingman’s Association. Her militancy grounded in Garveyite consciousness and working class politics put her at odds with the leadership of Captain A. A. Cipriani who led the TWA. Later, Elma Francois founded the Negro Welfare Cultural and Social Association (NWCSA), a Marxist-oriented labor organization that sought the empowerment of primarily ‘Negro people’ but recruited non-Afro members as well.
What made this organization stand out from many other organizations in Latin America and the Caribbean at the time was Elma Francois’ commitment to the notion that there should be no sex separation in the executive structure of the NWCSA. She was vehemently against the establishment of a “women’s arm/auxiliary” as a substitution for greater equality in the labor leadership.

Elma Francois was the first woman in the history of Trinidad and Tobago tried for sedition in 1938. During her self-defense, Francois outlined the outlook of the Negro Welfare Cultural and Social Association and its commitment to the development and empowerment of the oppressed ‘Negro people’ of the West Indies. She then drew on examples of international struggles and discerned what is most to her cause, she cited, for example, land struggles in Kenya and workers’ mobilizations in the U.K.

More poignantly, she argued that workers are concerned with transforming their material conditions above all else, “I said that hundreds of workers were being placed in jail. I said that jail sentences and executions do not solve our problems. It is only by organized unity that we can … better our conditions … I said workers of the world were not prepared to fight in any way but for bread, peace and liberty.” Unlike Claudia Jones, eventually, she was found not guilty.

The parallels among Francois, Jones and Fidel are as remarkable as they are unsurprising. All these revolutionaries on trial linked their causes to broader struggles of workers against exploitation of the ruling classes internationally and expressed their political beliefs fearlessly in defense of intellectual and political freedom. In this sense then, Claudia Jones and Elma Francois belong to a long radical tradition of revolutionary self-defense and are deserving of historical absolution.

lma Francois and Claudia Jones. | Photo: Wikimedia Commons
Elma Francois of St. Vincent and the Grenadines (left) was the first person tried for sedition in Trinidad & Tobago – and she won her case. Claudia Jones (at right), was tried in the USA for her communist ideas and sentenced to one year imprisonment, but she was also considered the ‘female politica equal to CLR James’.

One thought on “The Little-known Stories of Two Revolutionary Caribbean Women!”

Great to see this on the CARICOM Reparations Page.