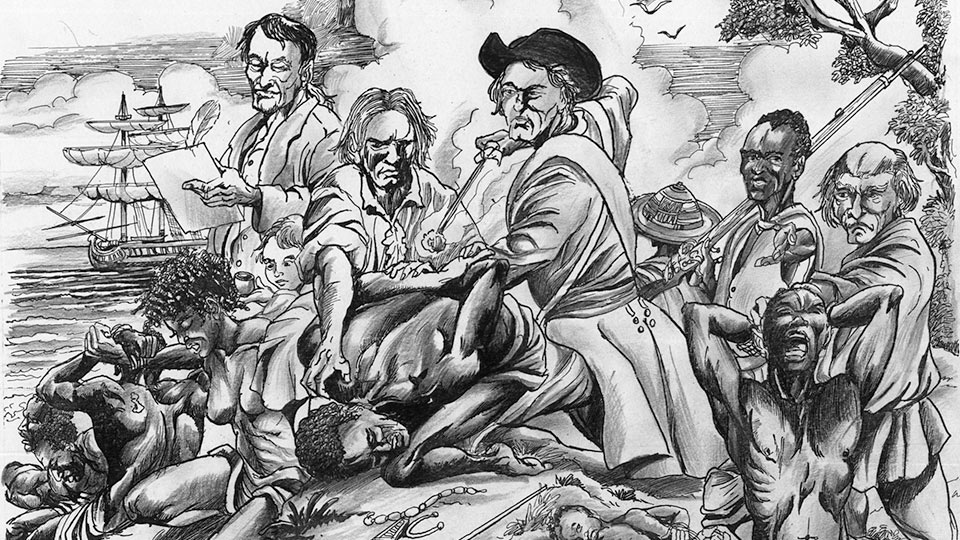 The Caribbean case for reparative justice

By David A. Granger

Address by His Excellency Brigadier David Granger, President of the Cooperative Republic of Guyana to the International Youth Reparations Relay and Rally, Independence Park, Georgetown.

The trans-Atlantic trade in captive Africans

The trans-Atlantic trade in captive Africans “was the largest forced transportation of human beings from one part of the globe to another in the world’s history and, certainly, one of the greatest unnatural disasters of all time.”

The trans-Atlantic trade involved the systematic capture, transportation, sale and enslavement of human beings. The trade started in 1441 (not 1492, as some persons mistakenly believe), persisted for four hundred years and involved four continents.

There was a crime. There has been no justice. The enslavement of Africans, the decimation of the indigenous population and the oppression of indentured immigrants all constituted crimes and, therefore, a call for ‘reparative justice.’

‘Reparative justice’ concerns the legal obligations of states. “States have a legal duty to acknowledge and address widespread or systematic human rights violations, in cases where the state caused the violations or did not seriously try to prevent them…Reparations publicly affirm that victims are rights-holders entitled to redress.”

The descendants of the colonized peoples of the Caribbean, therefore, are correct in their call for ‘reparative justice’ to right these wrongs. The victims of these crimes against humanity have been deprived of an apology. They have been deprived of ‘reparative justice’ for the abominable crimes that resulted in the loss of millions of lives, the expropriation of the wealth and the legacy of underdevelopment.

Guyana, our homeland, was a victim of almost three hundred and fifty years of European colonization. Guyana’s experiences mirrored, more or less, the experiences of the Caribbean Community (CARICOM) member States. The exploitation of the people’s labour, the expropriation of wealth, the enrichment of metropolitan centres and the distortions of colonial rule have heightened calls throughout the Caribbean for ‘reparative justice’.

The people of the Caribbean look to their leaders to bring about redress for the crimes inflicted on their ancestors and the damage done to their societies. Caribbean political leadership has been responsive to these pleas.

The Heads of Government, at the conclusion of the Twenty-fifth Inter-sessional Meeting of the Conference of Heads of Government of the Caribbean Community (CARICOM) held on 12th March 2014 in St Vincent, accepted , as the basis for further action, the Draft Regional Strategic and Operational Plan for a Caribbean Reparatory Justice Programme (CRJP).

This Draft Plan – known as the Action Plan – was prepared by the Regional Reparations Committee which comprises the Chairpersons of the national reparations committees. The Action Plan proposed ten areas for reparations:

The case for ‘reparative justice’ can be established in respect to three principal claims:

The first basis for claims for ‘reparative justice’ rests on the fact that crimes against humanity are punishable under international law and do not enjoy protection by any statute of limitations. Article 6 of the Charter of the International Military Tribunal, Nuremberg of 1945, lists “enslavement’ as a crime against humanity. Genocide is also prosecutable offence under the jurisdiction of the Rome Statute of the International Criminal Court of 1998.

States, organizations and institutions which are complicit in crimes against humanity do not enjoy immunity from the passage of time. The Convention on the non-Applicability of Statutory Limitations to War Crimes and Crimes against Humanity, adopted by the General Assembly of the United Nations on November 26, 1968 provides that no statutory barrier shall apply to “ crimes against humanity whether committed in time or war on in time of peace…”

Enslavement and genocide, therefore, are prosecutable offences and for which there are no statutes of limitations under international law.

Expropriation of wealth: The second basis for claims for ‘reparative justice’ rests on the evidence that huge wealth was generated during the commission of these crimes against humanity by European colonizers and the expropriation and transfer of that wealth to European states.

Colonization allowed for the unjust enrichment of Europe. The vast wealth extracted through forced labour in the colonies of the Caribbean enriched the coffers of generations of European families and impoverished those whose servitude generated those fortunes. This wealth was acquired through the forceful subjugation of entire peoples.

Legacy of colonialism: The third basis for claims for ‘reparative justice’ is that the Caribbean, even after being granted Independence, is yet to shake off the legacy of colonialism. Colonization has underdeveloped the Caribbean. This Region, as a consequence of European conflict and conquest, became the most Balkanized region in the world. The Caribbean today is fragmented. Its economic structures still bear the stamp of the ‘plantation economy’ with a high concentration on primary production for export to western markets, including Europe.

The CARICOM Reparations Commission observed that the descendants of the victims of enslavement have been left in:

…a state of social, psychological, economic and cultural deprivation and disenfranchisement that has ensured their suffering and debilitation today, and from which only reparatory action can alleviate their suffering.

European states have a clear understanding of the concept of ‘reparative justice’.