Centering the History of Black Women in the French Empire 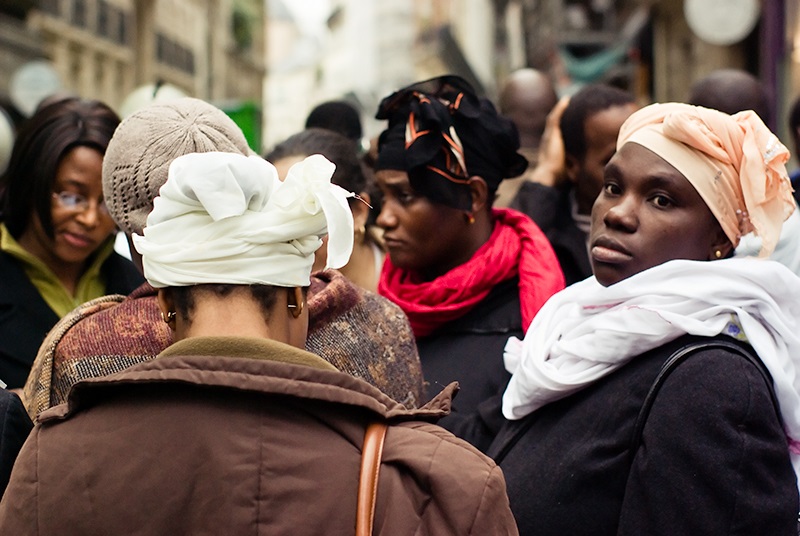 Annette Joseph-Gabriel’s Reimagining Liberation: How Black Women Transformed Citizenship in the French Empire offers a bold new path for reimagining the freedom struggles of the twentieth century. The most striking scenes in this beautifully written book are the many extraordinary escapes that Black women make and narrate in the French Empire. Many of these occur in the context of World War II–such as Paulette Nardal’s leap for her life from an ocean liner torpedoed by a German submarine and Jane Vialle’s escape (or release) following her arrest and imprisonment for treason as a member of the French resistance.

However, in Joseph-Gabriel ’s narrative, this world- changing conflict was just one of the arenas in which the subjects of her book made and narrated unconventional escapes. The French Empire provided plenty of opportunities to practice life or death escapes, from Catholic orphanage schools, troubling marriages, and angry mobs. In organizing her study through the biographies of well-known, if marginalized Black women thinkers–Suzanne Césaire, Paulette Nardal, Eugénie Éboué-Tell, Jane Vialle, Andrée Blouin, Aoua Kéita and Eslanda Robeson–Joseph-Gabriel reveals important themes which not only decenter male activists and intellectuals but challenge linear narratives of the twentieth century as viewed through a western perspective.

Eluding capture is one theme that ties together not only the lived experiences of this group of Black women thinkers and activists from across the French Empire, but also their attempts to write themselves into history. Too often, access to the writings and archives of women is dependent upon their relationships with men, who are frequently, but not always, more prominent than their female relatives and associates. Joseph-Gabriel ’s book troubles narratives that situate these power dynamics as uniformly oppressive or one-way, demonstrating that couples like the Césaires worked, wrote, and took decisions together, even if their relationships were written-up through the wife-as-helpmate model.

To fashion their legacy into a narrative of their own, these women had to first work out how best to position themselves in relationship to their famous men. Importantly, Joseph-Gabriel demonstrates the variety of ways in which the subjects of her book attempted this and how their strategies changed over time. Whereas Césaire was overshadowed by the reputation of her husband Aime Césaire, Éboué-Tell “merged her political identity with pubic memory of her husband in order to gain recognition and to counter the erasure of her voice and presence.” By contrast, Jane Vialle, who deployed strategies of indecipherability and silence to evade punishment as a member of the Resistance during World War II, argued for open and public discussion for women’s voices to be heard after the war.

One of the things I loved about this book was the imaginative way in which Joseph-Gabriel addresses not only her subjects’ relationships with men but her own relationship with gender disciplining institutions such as archives and canons. What is a text, and who bestows historical legitimacy on it? This is a recurring question which Joseph-Gabriel explores through her choice of sources and how we might read them differently. Analyzing literature, official and private correspondence, and guidebooks together, encourages us to step back from “the road to World War II” narrative or the path to decolonization, and reveals instead the different spaces in which ideas percolated and helped bring about change. It also captures the best of biography and social history by further dismantling the reactive model in which Black life is only ever a response to the power plays of white supremacists. 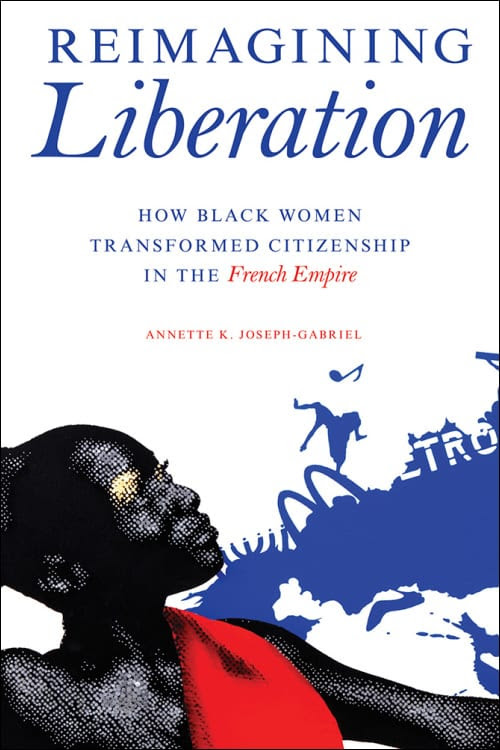 In Reimagining Liberation, Black lives are not a series of interludes between world changing events or colonial violence, but a series of every day encounters, struggles, and connections with others which sometimes fostered new ideas and new ways of thinking. Such encounters, though often they elude capture, can appear in a range of texts: in Césaire’s correspondence with French officials, Nardal’s tourist guidebook and in essays published in newspapers and periodicals. To claim that Suzanne Césaire’s letters to French officials and to her broad circle of friends, are not only crucial to understanding the evolution of her thinking but important texts that document the broader anti-colonial struggle, is both bold and self-evident. The correspondence of Black male leaders such as W.E. B. Du Bois and Booker T. Washington (not to mention the cannon of white male thinkers) has been published in multiple volumes, and sometimes digitized, for it is well understood that personal correspondence offers a site for the trying out and reworking of ideas. But what is obscured when we organize papers and correspondence into a single collection for a named individual? Do archives dedicated to individuals reveal or obscure the interactions which shape their work and which are frequently documented in a broad correspondence? Joseph-Gabriel asks readers to consider how texts are shaped by the categorization and production of literary publication and archives. Such questions require that we think harder about how to recognize and protect the rich legacy of Black women thinkers: are women intellectuals best served by an archive of their own?

Aoua Kéita’s Femme d’Afrique, the first autobiography authored by an African woman and published in French, offers a way to reflect on these questions. Joseph-Gabriel views Kéita’s four hundred plus page memoir as “both a literary text and historical archive that chronicles the self-representation and political participation of nonliterate women before independence” in French Sudan. Blurring the line between archive making and autobiographical writing in order to “stay in history” is a well-practiced strategy for women in public life. Cognisant of how easily women’s authorial voices were marginalised, especially in the political sphere, women have often both drawn upon masculine authorities and modes of writing to legitimise their truth claims even as they lay claim to alternative female authored sources and modes of expression. They have often been criticised on both accounts.1 Joseph-Gabriel weaves the question of authorial legitimacy through the book, asking readers to consider “What does it mean to write as an African woman?”

Reading Reimaging Liberation, I wondered what it means to be read as an African woman? Feminist critics argue that it is in the act of reading, rather than the act of writing, that women lose their authority to represent their experiences. In what ways do the subjects of Reimagining Liberation imagine ways of being read differently?2 How might blurring the line between archive making and memoir writing reset the relationship between the autobiographical self and the broader collective of women whose experiences are, and are not, documented? In her discussion of Le lys et le flamboyant: Roman, Henri Lopes’s fictional reworking of Andrée Blouin’s autobiography, My Country, Africa, Joseph-Gabriel suggests Lopes “unravels” Blouin’s account “not to discredit it but to show its seams in order to make the reader aware of the politics that hold Blouin’s narrative together.” In its attentiveness to the politics of archives and the process of literary production the same might be said for Reimagining Liberation. In resisting the quest for completeness it provides a model for how historians too, might reimagine freedom.