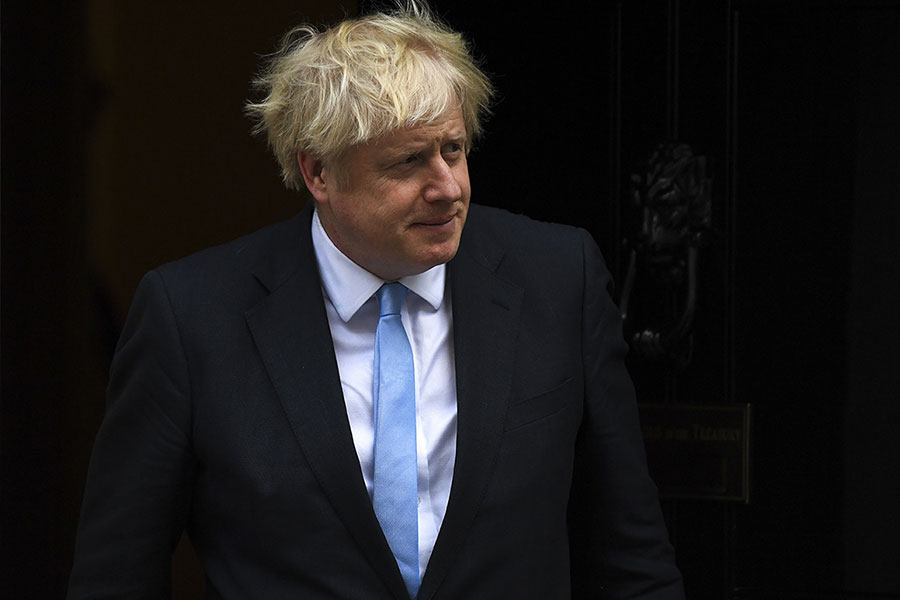 He also and dismissed Britain’s role in slavery

(The Observer)
Boris Johnson once said colonialism in Africa should never have ended and downplayed Britain’s role in the slave trade, an article written by the prime minister while he was a Tory MP reveals.

Critics are urging Mr Johnson to explain whether he still holds the views expounded in the 2002 piece, where he argued that Africans would not have grown the right crops for export without British direction.

“The continent may be a blot, but it is not a blot upon our conscience,” he wrote. “The problem is not that we were once in charge, but that we are not in charge any more.”

The prime minister this week argued for the retention of controversial statues of slavers and British colonialists in UK cities, which he said should stay up because they “teach us about our past with all its faults”.

But the article, written while Mr Johnson was editor of The Spectator magazine, reveals that the prime minister in fact has held an active admiration for Britain’s colonial activities on the continent.

“Consider Uganda, pearl of Africa, as an example of the British record. Are we guilty of slavery? Pshaw. It was one of the first duties of Frederick Lugard, who colonised Buganda in the 1890s, to take on and defeat the Arab slavers,” Mr Johnson says in the piece.

“And don’t swallow any of that nonsense about how we planted the ‘wrong crops’. Uganda teems, sprouts, bursts with vegetation. You will find fruits rare and strange, like the jackfruit, hanging bigger than your head and covered with green tetrahedral nodules. Though delicately perfumed, it is, alas, more or less disgusting, and not even Waitrose is pretentious enough to stock it.”

He continues: “So the British planted coffee and cotton and tobacco, and they were broadly right. It is true that coffee prices are currently low; but that is the fault of the Vietnamese, who are shamelessly undercutting the market, and not of the planters of 100 years ago.

“If left to their own devices, the natives would rely on nothing but the instant carbohydrate gratification of the plantain … the colonists correctly saw that the export market was limited.”Suggesting that one way to boost the economy of African countries would be for British tourists to holiday in them, Mr Johnson wrote: “The best fate for Africa would be if the old colonial powers, or their citizens, scrambled once again in her direction; on the understanding that this time they will not be asked to feel guilty.” Boris Johnson’s spokesperson declined to comment on the article when approached by The Independent, Opposition MPs urged the prime minister to consider his comments and explain whether they still represented his views today.
“Boris Johnson is the prime minister of the United Kingdom. The history of the UK, Windrush, empire, colonialism should be told with sobering accuracy,” Labour MP Dawn Butler told The Independent.

“In order to make sustainable progress we need the current PM who has power and privilege to reflect on what he has said and written.

“I urge the PM to review his previous articles, books and statements and to re-examine them through the brutal lynching that he watched of George Floyd and say whether he regrets anything of what he has said, done or written in the past.”

Ms Butler said it was important not to “misrepresent or whitewash history”, adding: “This Etonian attitude affects everyone who is not in that inner circle, no matter your colour. Instead of viewing history through rose-tinted glasses maybe it is time to look at history through the lenses of a very visible modern-day lynching.”

The shadow secretary of state for women and equalities, Marsha de Cordova, said: “Boris Johnson’s past comments are an example of why we need to educate people about the impact of colonialism.

“The legacy of British colonialism and its role in the slave trade is a scar on our society. To infer this is something to be proud of, and that African countries are worse off because they are no longer ruled by the empire, is an insult to millions.”

Christine Jardine, Liberal Democrats’ equalities spokesperson, said: “It is vital that the prime minister today makes clear that the language he may have used and comments made in the past are no longer reflective of his views.
“Across the UK there is a collective discussion happening on how as a nation we deal with our history and the racism and prejudice that is part of that. It is the prime minister’s duty to show leadership on this.

“We need to do more to tackle racism in the UK and if we truly want to change society, we must eradicate the existing injustice. Liberal Democrats are clear that we want to see a government-wide plan to tackle Bame inequalities so that we can finally enact change for all those fighting for justice and equality.”