Belgium – Moving from Regrets to Reparations 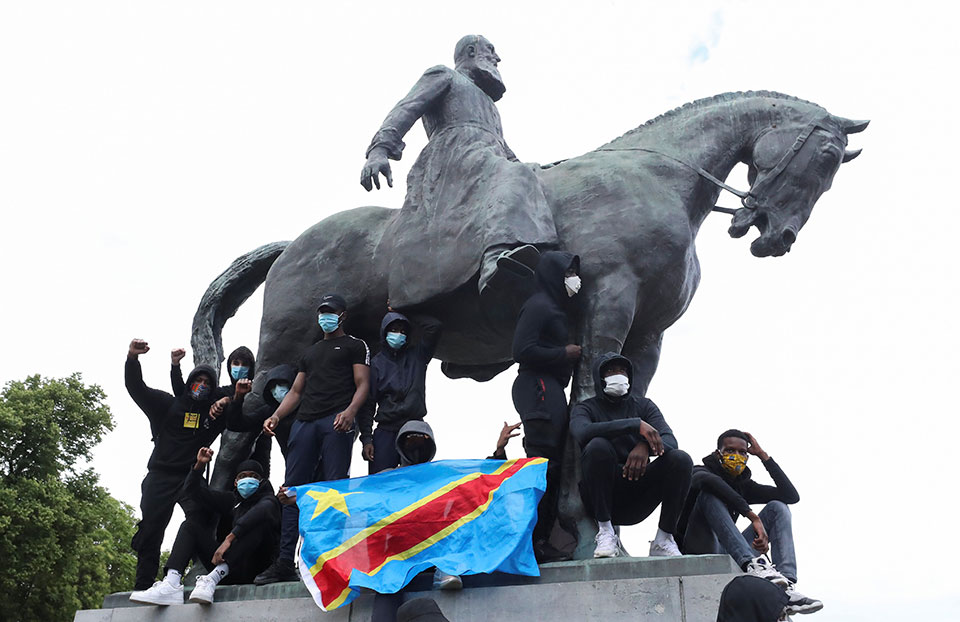 In the Democratic Republic of Congo, celebrations for the 60th anniversary of independence on June 30 were cancelled due to the Covid-19 pandemic. Instead of the usual festivities, the government called for a day of “reflection.” The Belgian king, Philippe, wrote a letter to the Congolese president that contained few words but much to reflect on. He recognized the “painful episodes” of the colonial era with its “acts of violence and cruelty.” “I would like to express my deepest regrets for these injuries of the past, the pain of which is now revived by the discrimination still too present in our societies,” he wrote.

These words – never heard before from a Belgian monarch and coming from the nephew of the last colonial sovereign of Congo, King Baudouin – were later echoed by Prime Minister Sophie Wilmès.

Sixty years on, Belgium has yet to issue a formal apology for colonial crimes and atrocities but now is the time to finally reexamine the dark corners of the past and frame honest discussions. In June, a group of demonstrators chanted “reparations” while waving the Congolese flag atop a statue of horse-mounted King Leopold II as thousands had rallied around the global Black Lives Matter cry for the end of racial injustice. Reparations are indeed what Belgium should be discussing.

Black lives did not matter in Leopold II’s Congo Free State (1885-1908), which the Belgian king ruled over as his personal colony. Historians have described a regime based on racism and exploitation with violence and repression ever present. The infamous pictures of maimed Congolese people have illustrated some of the egregious abuses they endured through forced labor. The sexual violence against Congolese people by Belgian colonial officials and their sentries was less public but equally horrific. Killings, famine, and disease reduced Congo’s population, an estimated 11,5 to 15 million at the start of Leopold II’s rule, by between 1 million and 5 million people, according to the latest calculations.

The Belgian government, which took over in 1908, continued with Leopold’s racist practices. Belgian and Congolese historians have long since established a consensus around structural colonial repression. But the Belgium government had so far not demonstrated the political will to acknowledge the extent to which the Congolese social fabric was destroyed throughout decades of domination.

We, Black Congolese and white Belgian colleagues, have reflected on our own history, finding disturbing experiences of this colonial past in our family trees. Just before 1920, two of our forefathers were on opposite ends of the colonial system. Sibu Simon and Gérard Cooreman were part of our respective families – one was a Congolese worker; the other, the then-Belgian prime minister.

Simon was part of a cohort of Congolese men enlisted to build rail tracks so the colons could transport copper out of the southern Katanga region. His stories of men dying in harsh working conditions continue to be passed down through the family. Cooreman signed a racist decree imposing segregation in urban centers of the Belgian Congo with “white” neighborhoods and “indigenous quarters” for Black people. Family or not, the facts remain truly shocking and there is no defending a colonial ideology that was exploitative and did not consider all humans equal.

These uncomfortable truths about Belgium’s colonial legacy continue to fuel present-day racism in the kingdom. Research has shown that people of African descent face systemic exclusion from education, employment, and opportunity. Last year, for the first time, Belgium acknowledged responsibility and formally apologized for segregation policies under which mixed-race children were abducted from Congo and placed in orphanages in Belgium.

Earlier this month, the Belgian parliament announced that a commission would be established to examine the country’s colonial past. The question of reparations was also raised. As the speaker of the federal parliament, Patrick Dewael, put it: “apart from any apologies or excuses … anyone who makes a mistake, says our legal code, must compensate for the damage.”

Considering the abuses they intend to address, reparations should be viewed through a human rights lens. By “reparations,” we mean not only compensation but also the acknowledgment of past abuses and the harm they continue to cause, and an end to ongoing abuses. The abuses associated with Belgian colonization are extraordinarily serious human rights violations that would be considered crimes against humanity today.