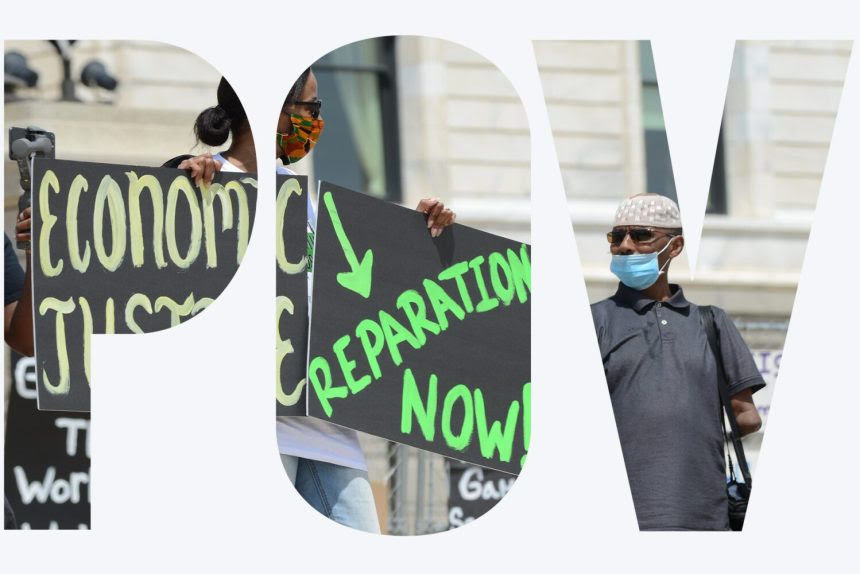 A Boston University professor is making her pro-reparations stance clear. In a, op-ed published Sept. 16 in BU Today (the school’s newspaper), Dr. Joyce Hope Scott is challenging America to not only own its original sin, but to also count and pay the cost.

“It is time for truth-telling and acceptance of our moral, legal, political, and sociocultural responsibilities—in essence, another opportunity to acknowledge and make right the deep wrong of chattel slavery and its destructive aftermath for Black people and our entire society,” Scott wrote.

Diagnosing America with “historical amnesia,” Scott invoked a quote from University of Ghana Professor Kofi Anyidoho to describe the institution of slavery’s longstanding effects.
“Slavery is like a wound in the belly over which scar tissue has grown. Such a wound is likely to destroy you if it is not opened up and cleaned of its infection,” Anyidoho once said.

After referencing one of the metaphors Dr. Martin Luther King Jr. used in his famous “I Have A Dream Speech” that said “ … America has given the Negro people a bad check which has come back marked ‘insufficient funds,” Scott stated her belief that reparations is bigger than monetary compensation. In order for restorative justice to happen, she argues all of the aspects of life that were stolen from Black slaves by America must be addressed.

“The financial transaction that assigned the stolen African captives from the slave ship in Baltimore harbor to new “owners” in Charlotte or that resold the chained black child from the slave coffle marching from Washington, D.C., to Mississippi transferred more than a mass of black flesh or legal property. That sale confiscated human beings’ rights to life, creativity, production, freedom of movement, and freedom of choice of a mate. It even conveyed to someone else the right to his/her “increase” into perpetuity,” Scott wrote. “Thus, what we must talk about with reparations is what slavery really was—the theft of all rights to life and liberty of those who were enslaved and the subsequent dispossessions of their descendants of psychological, spiritual, and familial connections, and material gain.”

She further invokes brilliant abolitionists and historians like Frederick Douglass, P.R. Lockhart and others – as well as referenced a report by the United Nations that in America here is such immense “Afrophobia” that it is a “human rights crisis.”

“They observed that “racial inequality in the US remains a serious challenge as there has been no real commitment to reparations and to truth and reconciliation for people of African descent…and that contemporary police killings and the trauma it creates are reminiscent of the racial terror lynchings of the past. Impunity for state violence has resulted in the current human rights crisis and must be addressed as a matter of urgency,” Scott wrote.

She reiterated her stance that it is time to pay up.

“Reparations are indeed an idea whose time has come,” Scott posited. She outlines that reparations bill H.R. 40 encompasses much more than slavery, but the continual mistreatment and discrimination Black Americans suffer as a result of its legacy.

“In the final analysis, respect for our moral, social, economic, and political health dictates that there be appropriate efforts of reparatory and transitional justice for the crime against humanity that American chattel slavery and African American dispossession represent,” Scott concluded. “In addition, the marginalization of African American reality in this country invites us all to engage in an in-depth assessment of their experience for the implications it holds for us all—Black and white.”