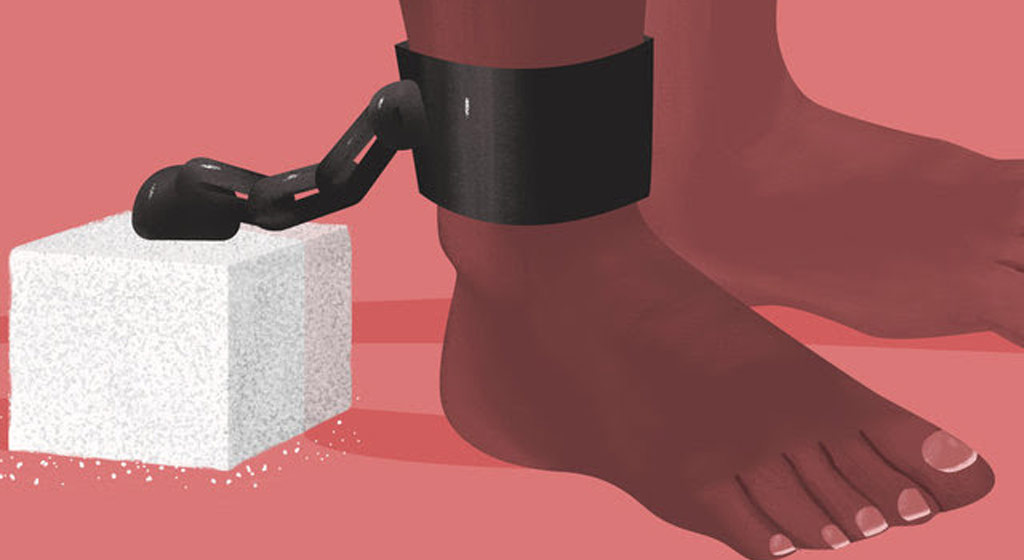 I awoke each morning dead tired, and often parched. I was going to the restroom constantly. My doctor did some blood work and delivered the dreaded news: My A1C levels were in the danger zone.

Like 1 in 3 Americans, up to 90 percent of whom don’t know it, I was what she called “prediabetic.” My body was struggling to process sugar. I had to eat less of it and I had to burn more of it off through exercise. My doctor gave me three months; if I didn’t get my A1C back in the normal range, she would put me on a drug to stimulate my pancreas.

This news was terrifying for me because diabetes ― as well as kidney disease, which is related ― runs rampant in my family. My late father and his late mother both lost the use of their kidneys in their late 50s and lived on dialysis for years.

And when I considered the political implications of diabetes, the sordid history of sugar and the rogues’ gallery of pharmaceutical and processed food industry vultures who continue to profit from it, I became even more determined not only to escape the danger zone myself, but to join the growing political movement to fight back against sugar.

Consider the trail of sugar, which has left a devastating map of destruction around the globe. Before the rise of the British Empire, sugar was a rare luxury, a status symbol, and even prescribed as a drug.

To read about the rise of sugar is akin to reading about the birth of crack. Europeans colonized the “sugar colonies” in the Caribbean and South America and imported enslaved workers from Africa to harvest massive quantities of cane. As sugar went mass market, British consumption levels rose from 4 pounds per capita in the early 1700s to 18 pounds by the early 1800s, according to Sidney W. Mintz’s Sweetness and Power.

In places like my parents’ native Guyana, the combination of tropical climates and slave labor made some planters very rich. Ending slavery with a cash bailout to British owners fueled the Industrial Revolution, as historians such as Eric Williams pointed out in Capitalism and Slavery.

Today, Americans consume on average 152 pounds of sugar per year. Diabetes rates have soared accordingly. North America and the Caribbean have the highest global rates, at 1 in 8 people, according to the 2017 Diabetes Atlas.

Four million people die of the disease each year. Human bodies are not made to process the sugar levels in modern diets, heavy as they are on fast food and processed food and drink products. Add in the fact that many of us sit at desks all day and have limited time to prepare fresh meals using whole ingredients, and you have a recipe for the toxic stew that feeds the pharmaceuticals industry handsomely.

Those with the least resources are being victimized. See the New York Times report about the Brazilian government’s well-intentioned decision to use its newfound prosperity to provide a food entitlement so that no Brazilian would starve. Multinational companies including Nestlé, General Mills and PepsiCo quickly capitalized by marketing cheap processed foods in urban and rural areas, killing local food cultures with mobile junk food carts and creating an epidemic of obesity and diabetes.

The last time I saw one of my favorite people, my kind, generous first cousin Gary George, on a 2015 visit to Guyana, he was sick and gaunt from diabetes. He had to get someone else to work his shoe stand in the Stabroek Market in Georgetown. He complained to me about counterfeit drugs being sold in Guyana, a poor country that lacks enough inspectors to do quality control. He died in 2016 in his late 40s, and we were devastated. ”He should have taken better care of himself,” his mother, my dear Auntie Lynette recently told me, shaking her head.

Some would argue it is society that needs to do a better job of taking care of people. In recent years, a movement has emerged arguing for reparations to former sugar colonies in the Caribbean that were essentially abandoned after the end of slavery. The debilitating costs of treating modern-day diabetes in the Caribbean are part of the calculations being tallied for the debt owed.

The brilliant scholars at the newly launched Centre for Reparation Research at the University of the West Indies, who are at the forefront of this movement, make an excellent point ― one that has already been applied successfully in the U.S. in the case of tobacco. As with Big Tobacco in the 1990s, the states should force these industries to pay to help fix the damage they caused.

All of this weighed heavily on my mind last summer, when a group of my colleagues went on a power walk during a faculty retreat. I commiserated with other black women also at war with their sugar levels. When I mentioned my looming deadline to fix my A1C level, Howard University nursing professor Chimene Castor stopped me with a raised finger. “No! No drugs are necessary.”

She emailed a group of us a 21-day “detox” diet. It was strict, but I followed orders. That helped me reset my palate to appreciate natural sugars. My taste buds recalibrated. Soon, bananas tasted like cake.

I also started playing tennis with my neighbor and colleague Mark, and I rejoined my neighborhood running group. Soon, I was feeling better than I had in years. I had more energy when I woke up. I didn’t have to spend 40 minutes convincing myself to get out of bed.

When I finally went back to my doctor, she was beaming. My A1C had moved back into the “normal” range! She was putting away her prescription pen ― for now. Whatever I was doing, she urged me to keep at it, and check back in again in the new year.

Policymakers need to do their part, too. That’s why Michelle Obama’s work, cloaked in silly mom skits and viral videos dancing with the stars, was essential.

We must not only continue her work on nutrition and fitness, but double down on it. We cannot allow these preventable diseases to be framed as individual moral failings, born of an epidemic of laziness and lack of self-control. We must force industries and governments to repay what they plundered hundreds of years ago, and stop their ongoing predation on vulnerable communities around the world. That would be sweet.

Dr. Natalie Hopkinson is an assistant professor of communication, culture and media studies at Howard University and author of the forthcoming book A Mouth Is Always Muzzled.