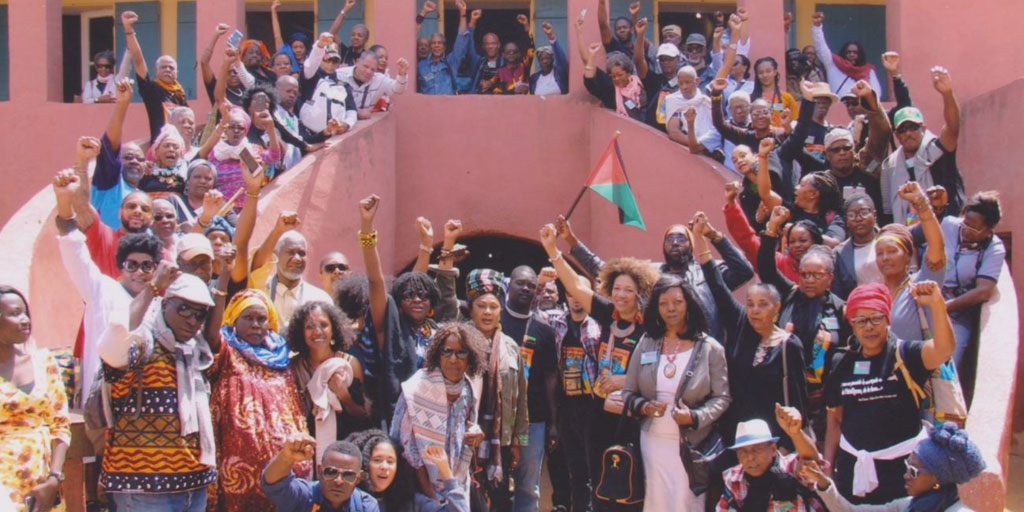 The KONVWA POU REPARASYON was staged by The International Movement for Reparations (M.I.R.) in Goree Island, Dakar, Senegal during the period April 25 – May 2, 2018. The MIR has organized convoys across Martinique for years and for the first time extended its reparations activities to the Motherland of Africa.

The meeting recognized the thrust of both the international reparations movement in its attempt to secure reparations due to ‘Afro-descendants resulting from the deportation, the transatlantic trade of Africans enslaved then colonized during four centuries’ and activities related to the International Decade of People of African Descent.

The highlights of the meetings were:

SYMPOSIUM: Crime against Humanity – laws justice and reparations; Perspectives and challenges for a definitive and lasting peace.

The symposium featured addresses by host and organizers:

Addresses charting the history of enslavement and emancipation, the call for reparations and importantly the imperative of unity and collaboration/cooperation between organizations on the continent and in the Diaspora were delivered by a group of Pan-Africanists, youth activists, artists, historians/lecturers, etc. Organizations represented included:

SENEGALESE NATIONAL DAY OF REMEMBRANCE OF THE VICTIMS OF SLAVERY & THE TRANSATLANTIC TRAFFICKING OF HUMAN BEINGS: Visit t