The Catholic Church Is Responding to Indigenous Protest With Exorcisms 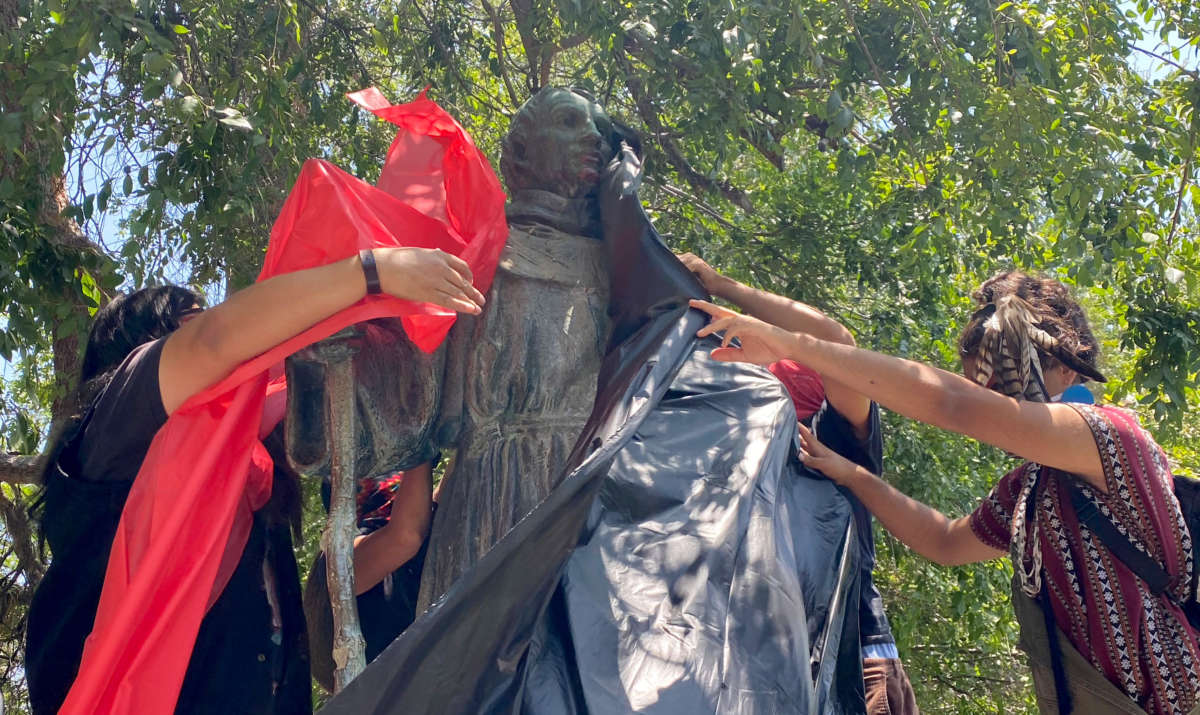 On this day, Indigenous activists in New England and beyond are observing a National Day of Mourning to mark the theft of land, cultural assault and genocide that followed after the anchoring of the Mayflower on Wampanoag land in 1620 — a genocide that is erased within conventional “Thanksgiving Day” narratives.

The acts of mourning and resistance taking place today build on the energy of Indigenous People’s Day 2020, which was also a day of uprising. On October 11, 2020, also called “Indigenous People’s Day of Rage,” participants around the country took part in actions such as de-monumenting — the toppling of statues of individuals dedicated to racial nation-building.

In response to Indigenous-led efforts that demanded land back and the toppling of statues, Catholic Church leaders in Oregon and California deemed it necessary to perform exorcisms, thereby casting Indigenous protest as demonic.

The toppled statues included President Abraham Lincoln, President Theodore Roosevelt and Father Junípero Serra, who founded California’s mission system (1769-1834) and was canonized into sainthood by the Catholic Church and Pope Francis in 2015.

What do these leaders whose statues were toppled have in common? They perpetrated and promoted devastating violence against Native peoples.

Abraham Lincoln was responsible for the largest mass execution in United States history when 38 Dakota were hanged in 1862 after being found guilty for their involvement in what is known as the “Minnesota Uprising.”

Theodore Roosevelt gave a speech in 1886 in New York that would have made today’s white supremacists blush when he declared: “I don’t go as far as to think that the only good Indian is the dead Indian, but I believe nine out of every ten are…” This was not his only foray in promoting racial genocide.

Junípero Serra is known for having committed cruel punishments against the Indians of California and enslaved them as part of Spain’s genocidal conquest.