Thanksgiving is time for reparations 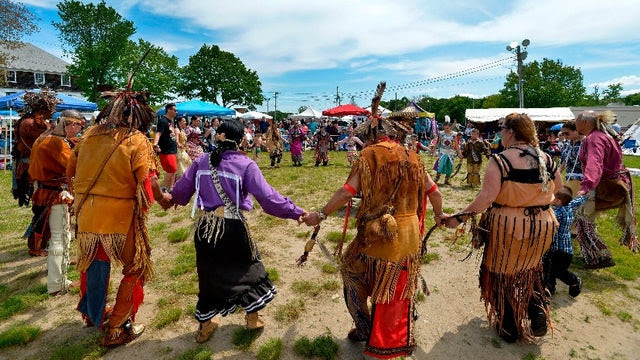 It’s Thanksgiving morning everywhere in America. Thanksgiving needs to mean something to Native people, preferably in the form of justice and reparations. Not a “thanks for taking” sort of commemoration. Maybe it’s even time for a reconciliation with Mother Earth.

Here are some ideas. Consider the first thanksgiving with the Wampanoags, Pequots and the Pilgrims. After dining, there were beheadings of Native leaders and their heads were displayed on spikes for decades in Puritan towns. Fast forward to 2018 when the Trump administration issued a decision to remove the Wampanoag Cape Cod reservation from trust status, harkening back to the termination era.

But there is a chance to make good this Thanksgiving.

Beyond eating Native foods, like wild rice, traditional corn and our chocolate, perhaps we can talk about reparations and justice. This is about land — it’s already happening. Across the country, from sea to shining sea, land is being restored to Native people, and it’s about time.

This past October, the Maine-based Elliotsville Foundation donated 735 acres of land to the Penobscot Nation, including the headwaters of the Pleasant River, a tributary to the Penobscot River, which is sacred to the tribe.

With the work of the Elliotsville Foundation, the Quimby family, which owns the foundation, along with nearly 50 other land trusts have joined together to form the First Light. This will help restore lands to Indigenous Peoples of the region.

A year ago, on Oct. 21, Tuluwat, known as Indian Island, was returned to the Wiyot Tribe of northern California, which is a good step toward reparations. In 1860, the Tuluwat or Indian Island massacre occurred, in which about 60 to 100 Wiyot peoples were killed.

Though lives cannot be brought back, the only compensation for land is land. “Land acknowledgements” and Indigenous Peoples’ Day declarations are a start in the process.

Mount Rushmore, for example, is situated in the Black Hills, which used to belong to the Lakota people. As we watch the statues of white supremacists downed this year, it is also time for this national monument to shut down and be given back to Indigenous people.

The movement for the return of the Black Hills to its people is based on the foundational understanding that it was never for sale. The Black Hills were unilaterally taken after the treaty of l868 from the Lakota. The Indian Claims Commission (ICC) found that the United States should pay $l05 million for the land in l98l. That was then.

To date, the tribes have never taken the settlement, instead, arguing that the land should be returned. After all, if you steal something, you should return it. The ICC settlement money remains, and in July, Native organizers from the NDN Collective, launched a protest when President Trump came to the Black Hills. Much of the Black Hills — the sacred Paha Sapa — is in fact held by state and federal government agencies.

It’s a fact that the national parks and wildlife refuges hold more land than Native people, which is ironic and tragic. In the long arc of history, we find that enlightenment is still possible. And on this Thanksgiving, I am reminded that the brutality of history only finds redress in reparations and justice.

Winona LaDuke is the co-founder and executive director of the Indigenous-led environmental justice non-profit, Honor the Earth. She is also an author, an activist, an economist and environmentalist, and a two-time former vice presidential candidate with Ralph Nader on the Green Party ticket. She lives on the White Earth reservation in Minnesota. Her book, “To be a Water Protector,” will be published this December. Follow her on Twitter @WinonaLaduke.