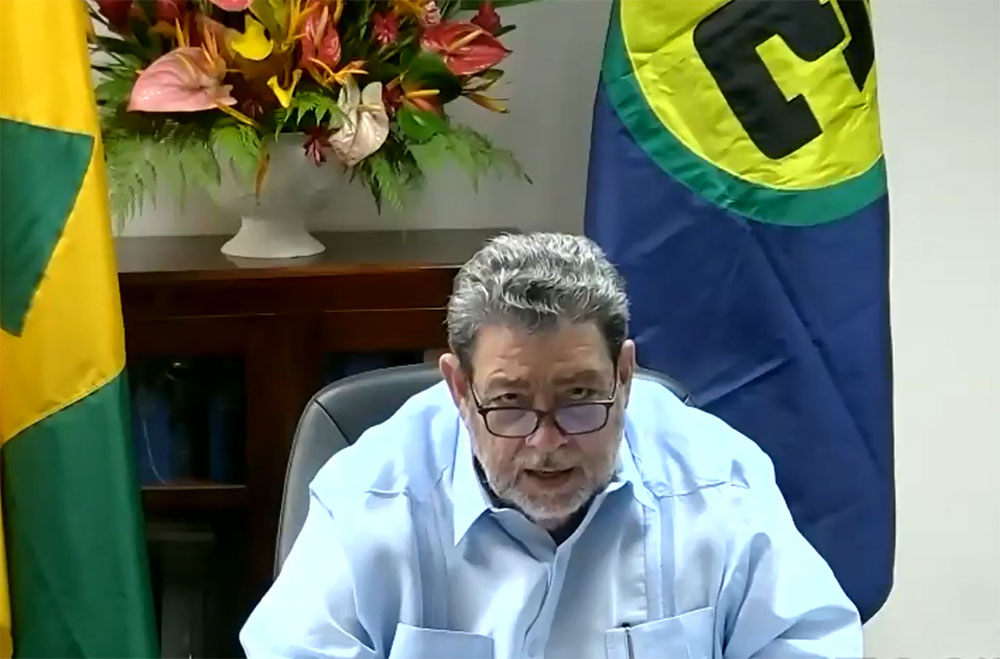 BY DR. THE HONOURABLE RALPH E. GONSALVES PRIME MINISTER OF ST. VINCENT AND THE GRENADINES AND CHAIRMAN OF THE CARIBBEAN COMMUNITY (CARICOM)

On August 1, 2020, the Caribbean Community (CARICOM) commemorates the l86th anniversary of the abolition of the enslavement of Africans in the CARICOM member-countries which were colonized by Britain. In 1833, in the British Parliament, an Act for the Abolition of Slavery in the British Empire’ proclaimed Emancipation Day to be August 1, 1834. A so-called “apprenticeship” period followed; and on August 1, 1838, the enslaved Africans were, fnally, legally freed.

This year, Emancipation Day takes on a greater international significance for the following reasons:

The Black Lives Matter (BLM.) Movement has gone global in a massive way consequent upon the popular resistance in the United States of America to racism, racial inequality, racial injustice and oppression and the uplifting fight for liberty, justice, and equality in every material respect.
The world is half-way through the International Decade for People of African Descent (2015 — 2024), which was proclaimed by the United Nations General Assembly in a Resolution (68/237), adopted on December 23, 2013; and focused on the theme ‘People of African Descent: Recognition, Justice, and Development.”
The gathering pace of the international movement for “Reparations for Native Genocide and the Enslavement of Africans” in the Caribbean, Africa, Latin America, Europe and North America, to provide appropriate recompense for the legacy of under-development consequent upon native genocide and enslavement of Africans perpetrated by several states in Europe and in North America.
The joinder of the struggle for reparations with the quest for the Sustainable Development Goals (SDGs), adopted by the United Nations General Assembly in September 2015, and designed as a “blueprint to achieve a better and more sustainable future for all” by 2030.
The current pandemic of COVID-19 which has adversely affected, disproportionately, poor communities and countries, especially those already ravaged by developmental inequities and distortions, traced substantially to the legacy of under-development to native genocide and the enslavement of Africans.
THE FOCUS OF REPARATIONS ON EMANCIPTATION DAY, 2020

I urge all in CARICOM to focus on reparations for the enslavement of Africans on Emancipation Day, 2020. In our region, and elsewhere, we need to have a more thorough-going public education programme on the meaning and significance of reparatory justice for the Caribbean. Further, our governments must ramp up the political, diplomatic, and international legal struggle for reparations. All hands are required on deck as a matter of urgency!

Solid ground work has been done thus far, but we must not lose any momentum or be side-tracked. The circumstances are now propitious for escalating a coordinated push for reparatory justice. And CARICOM must engage the African Union fully on this.

Recently, several CARICOM member-states have been strengthening their links with Africa in profound ways; so, too, CARICOM and the African Union. Much more is required to be done, and urgently, too. At the United Nations Security Council, a new institutional linkage of much consequence has been forged known as the A3 Plus One (the African 3: Niger, South Africa, and Tunisia, Plus St. Vincent and the Grenadines) ; this represents a collaboration between the regions of continental Africa and a representative country (St. Vincent and the Grenadines) of the sixth region of the African Union, namely the African diaspora.

A high quality of abundant research has been done and published, on Reparations for Native Genocide and the Enslavement of Africans. More is still required to be done, but there is more than enough for us to proceed upon in our many-sided struggle. So, let us highlight reparatory justice on Emancipation Day, 2020, even as the individual countries in CARICOM engage in commemorative and celebratory activities of a cultural, social, political, and religious nature.

I end with an apt poem by Ellsworth “Shake” Keane of St. Vincent and the Grenadines (1927-1997), entitled “Private Prayer (for Walter Rodney)”, and written in April 1973, on the occasion of the publication of Walter’s How Europe Under-developed Africa:

How the whole thing run

I have to ask my parents

And even my daughter and son

“To understand the form

Of compromise I am

I must in my own voice ask

How the whole thing run

Why I don’t dream

In the same language I live in

I must rise up

Among syllables of my parents

In the land which I am

A whole daughter a whole son

Out of the compromise

I have to come home”

Please remember, too, on Emancipation Day, 2020, that June 13, 2020, was the 40th anniversary of Walter Rodney’s assignation. No one has yet been brough to court for the killing of Walter. The next government of Guyana must address this matter fully; it is a gaping wound in our collective consciousness which must be healed.