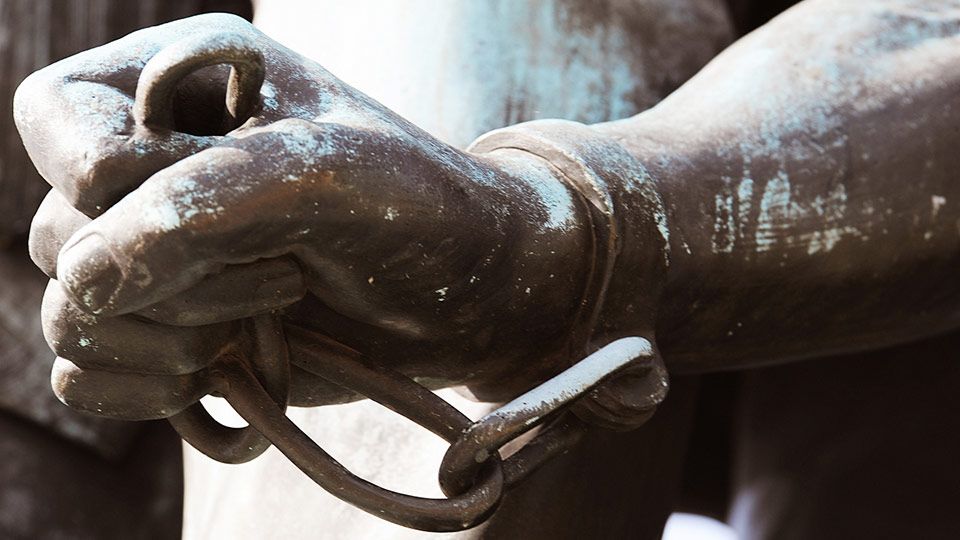 The story of the resilience of the former enslaved black population in St. Vincent & the Grenadines (SVG) is part of the global narrative of the resilience of people of African descent throughout the world, who experienced the transatlantic slave trade and colonialism. That heritage of resilience is becoming more vital to the transformation of many developed and developing countries.

Vincentians must ensure that their story becomes integral to this global narrative, while at the same time using it to build on what has been achieved in SVG since Emancipation in 1838. A central issue that makes the resilience more remarkable is the fact that at the end of the enslavement period in 1838, the British government awarded the European slavers a £20 million compensation package for freeing the enslaved black population who worked for them for free for hundreds of years.

The efforts of the former enslaved black population have allowed SVG to escape becoming a "failed state”. Based on the long oppressive and exploitative reign of chattel slavery and colonialism, SVG could have easily become a "failed state”. But the former enslaved black population said a loud ‘no’ to that and put their labour power and their minds to the task of transforming the inhumane economic system of chattel slavery and colonialism. In this system, black people, as a targeted group, were always at the bottom of the ladder. While, they have not completely transformed this economy, they have travelled a long distance, despite the many obstacles in their way.

Along this journey, their entrepreneurial drive and resilience have been evident. Throughout the villages and towns, the former black enslaved population in SVG has built shops that brought essential goods to the people. These community-based shops became very important institutions in the community, performing functions beyond those of buying and selling Many of the former enslaved did not even have a building called a shop, but they conducted their business from trays and baskets, while many others used their vehicles as shops. We know well the work of the traffickers and vendors.

They have been working under some precarious conditions, but their resilience allows them to continue their businesses. Furthermore, the former black enslaved population has also built business enterprises in various sectors of the marketplace at the national level to serve the entire nation, by making goods and services available.

Not only was the domestic market served by these businesses, they also produced for the regional and global markets. This is important because it shows clearly the potential of the former enslaved to engage in international trade, as they did so well before they were enslaved by European slavers.

Since Emancipation, the black population has been working on the lands to produce agricultural commodities worth billions of dollars. The financial rewards from agriculture have been supporting the food, educational, housing, clothing and other important needs of the former enslaved black population. Moreover, experience with the cooperative enterprise model reflects the fact that the former enslaved place a lot of hope and confidence in cooperatives. Less than a month ago, the St Vincent and the Grenadines Co-operative League reported cooperative savings amounting to EC$318 million, assets totaling EC$323 million, along with capital equaling EC$92 million.

All this economic activity of the former enslaved has kept the economy alive in SVG. These commendable efforts have delivered a blow to one of the major lies of racism, which is that black people are lazy and do not like to work. When this lie comes up against the truth of this sort of hard work by the former enslaved, the lie swiftly loses steam. But it is a lie that is stubborn. It lingers around, with negative social consequences for black people in terms of their internalization of this lie, their negative self-concept, and their self-doubt. This lie also influences other races’ perception toward black people in a negative way.

In many ways, the next phase of Emancipation rests heavily in the economic sphere as much as it is in the social, environmental, and political spheres. The economic struggles of the former enslaved black population have not been easy. Many obstacles have been in their way. However, together with other social groups of the nation, they can build a socio-economic system that serves the development needs of all, by ensuring that the economic legacies of native genocide, chattel slavery, and indentured servitude are addressed effectively. I must re-emphasize that the resilience demonstrated over all these years represents a major national resource for further development of the former enslaved black population and all other social groups in SVG.