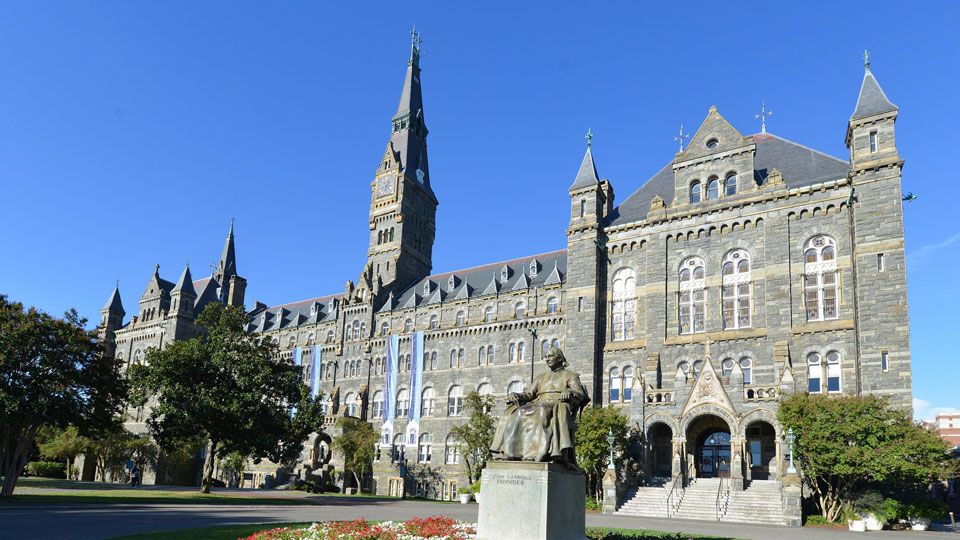 A group of descendants of the 272 slaves sold by Georgetown University in 1838 is seeking to establish a $1 billion foundation in partnership with the university and the Jesuits of Maryland to fund scholarships for descendants a week after University President John J. DeGioia announced they would receive an edge in the university admissions process.

The group formed a foundation called GU272 to push the university to pursue a collaborative approach as it seeks to reconcile its history with slavery. Over 500 descendants support the foundation.

On Sept. 1, DeGioia announced that descendants of the 272 would be given the same consideration in admissions as legacies, and released a report — including a series of recommendations — by the Working Group on Slavery, Memory and Reconciliation as well as a series of other measures to begin reconciling Georgetown’s history with slavery.

DeGioia announced the university would offer a formal apology in a Mass of Reconciliation held with the Archdiocese of Washington and the Society of Jesus in the United States, establish an Institute for the Study of Slavery and Its Legacies, increase engagement with descendants of the 272 and seek to increase diversity at the university.

The university will also rename Freedom and Remembrance Halls as Isaac Hall — named after the first enslaved person named in records of the 1838 sale — and Anne Marie Becraft Hall — named after a Catholic sister and educator in the Georgetown neighborhood during the 19th century.

DeGioia approved the working group recommendation to change the names of then-recently opened Mulledy and McSherry Halls to Freedom and Remembrance Halls, respectively, within 24 hours of a student-led demonstration last November. Mulledy and McSherry Hall were named after former University Presidents Fr. Thomas Mulledy, S.J. — who authorized the sale of the slaves to a Louisiana plantation in 1838 — and Fr. William McSherry, S.J., who served as a lawyer in the sale.

Descendants who spoke with The Hoya were concerned that they were not adequately included in the decision process. Six descendants presented a declaration at the Gaston Hall event on Thursday that has been signed by over 350 descendants, expressing their desire to work with the Georgetown community to reconcile Georgetown’s history with slavery.

Joe Stewart, a descendant of the 272 who presented the declaration at the event, said at the event the university has to collaborate with descendants in order to make sure its efforts are effective.

“This is perhaps one of the greatest needs in this nation, at Georgetown, among the Jesuits, and throughout the human family,” Stewart said. “And this university has the gravitas to do that, but you got to listen. And one of the things that has not happened, the reason we rushed to Washington today to participate here, is because we want you to hear.”

Karran Harper Royal, a lead organizer for GU272 and a descendant of the 272, said while the lack of inclusion of descendants in the report process was disappointing, it does not put future progress at risk.

“It was not handled well at all but we can certainly move on from that, because we do recognize that this was a first step and we appreciate this first step,” Harper Royal said in an interview with The Hoya.

She stressed that the foundation sees offering scholarships as a necessary expansion of the university’s plan to offer legacy status to descendants.

“There’s value in that but still schooling has to be paid for,” Harper Royal said. “And we really want to through the foundation provide for the educational aspirations of descendants, regardless of whether they choose Georgetown or any other institution that might better fit their needs.”

DeGioia said in a statement to The Hoya that feedback from the descendant community and other stakeholders is important as the university seeks to make progress.

“We are encouraged by feedback from our campus community, from the descendant community, from our alumni, and from many other stakeholders,” DeGioia said. “This is the phase now where we ask people to engage with the findings and recommendations of the Working Group as we work together to develop a long-term framework for memory and reconciliation.”

“The working group was convened for one academic year. I think the sixteen-member Working Group fulfilled their mandate very well; and I’m getting exactly that positive feedback in the national and international media,” Collins wrote in an email to The Hoya. “Descendants emerged as important participants in the conversation over the course of the year. We were in conversation with descendants over the course of the year.”

The descendants have so far raised $115,000 – equal to Georgetown’s asking price for the 272 slaves – in seed-funding for the foundation. The foundation expects to work with the university and the Maryland Jesuits to find philanthropic donors for the rest of the fund.

Neither the university nor the Maryland Jesuits have responded to the foundation’s request to collaborate as of 2:30 a.m., according to Harper Royal.

The exact structure of foundation has not yet been decided.

“I think we want to talk with Georgetown and work together to really think about how the foundation’s going to form, but I think because of the way Georgetown submitted and released the working group report, we have to sort of use those recommendations and try thinking about they fit within a framework that we as descendants would like to move forward with and try to put that in the context of the foundation,” Melissa Kemp, a descendant of one of the slaves, said.

Harper Royal said the descendants hope to collaborate with the university as much as possible moving forward.

“We feel that we have a broad base of voices in agreement with what is in the declaration and it’s not opposite of some of the recommendations,” Harper Royal said. “But they certainly do complement the recommendations, so all we’re saying is that we need to partner in carrying out whatever is going to be the path forward. So that’s where we’re at, we want to partner.”