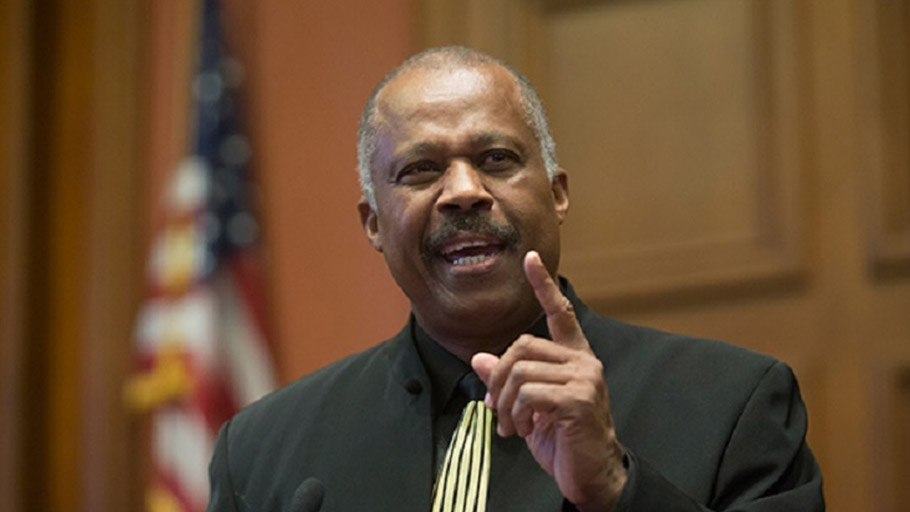 Regional Headquarters, Jamaica, June 11, 2020. The following statement is issued by Professor Sir Hilary Beckles, Vice-Chancellor of The UWI, President of Universities Caribbean, and Chairman of the CARICOM Reparations Commission.

Two thousand years ago, a young Galilean in his proselytizing prime was arrested and pinned to a wooden cross by armed imperial police. In full public view, he was tortured until the last breath departed his body. The powerless, passive witnesses to the killing heard him call upon his Father to receive his departing soul.

Two weeks ago, a young, towering but gentle soul from Minneapolis was arrested and pinned to the pavement by a posse of morally impervious police. In full public view he was tortured until the last breath departed his body. Activist witnesses to the killing heard him call out to his deceased Mother. He might have wanted her to come to his aid; instead he journeyed to her side.
In the inhumanity of both events all Heaven broke loose.

With the brutal murder of a ‘Ghetto Angel’ a bright light flooded America that for centuries wore eye masks, but now removed, its citizens are forced to see. The nation was handed its third chance of a last dance to the sweet soul music of justice and fairness. This is the final curtain for a racialized nation that has danced around the sound of black rhythm and blues for four centuries, while in every town shedding the tears of a clown.

Four generations ago, James Baldwin, ‘Ghetto Prophet’, returned to the theology glossary from Galilee, and in anticipation of a flood of Floyds, framed the discourse in terms of “the fire next time”. Near nine Minneapolis minutes now represent the metaphor that is the nation’s clock, and every tick tock counts.

The first American dance with democracy did not end well for the black community that had fought the battle against Britain for freedom and was betrayed by the generals. The first blood to be spilt in the battle at Boston poured from the black body of Crispus Attucks on March 5, 1770. He was the first national hero of American liberty. But in victory, George Washington, first president of the Republic, vanquished the martyrdom of Crispus, and sent the blacks back to bondage, there to begin, again, their own battle for liberty within the nation that dangled the dream before wide open eyes.

The betrayal by the generals—now politicians and constitution framers—bought and booked their place forevermore at Mount Rushmore. Since then, cast in stony silence, they have looked down upon the monumental misery of blacks as if to say, “stay down and get back”. But the crime against humanity reflected in the hubris on the faces on Rushmore has tarnished the varnish. The white supremacy they upheld and enshrined in the culture of America is now crumbling around them in the desert they deserve.

The racist poison they poured into the well nurtured the nation. It is now torn and tortured by the notion that the freedom promised in the 19th century transcends the fear of COVID-19 in the 21st century. No water springs from the eyes of the Rushmore men. And spin, the White House men believe, will enable them to win, despite the protest of the people against the heresy and hypocrisy that produced a White House dedicated to freedom but built on the backs of enslaved blacks.

But the blacks, despite the chains and knees upon their necks, were never the prisoners of their past. The future they imagined is funky, not faked, filled with the promise of prosperity. We fought, fled, and forged movements from every deadly moment, pushing forward like a tidal wave for the free day, keeping hope alive while forgiving the sinners and enslavers, demanding deliverance without vengeance.

Then came the second American dance. The nation divided to the vein split rivers of blood, black and white, to prove that white freedom and black slavery cannot coexist as the basis of anything but death and destruction. And back to battle went the nation. The Civil war took with it millions of women, men and children before chattel bondage was removed from the books of plantations, factories and the Legislature.

But they were betrayed once again by the dream of a multi-colored democracy; America refused to let its blacks go and instead created Jim Crow, a creature designed to incarcerate the emancipated under apartheid laws that said blacks are at liberty to run loose but not free to forge the life snuffed from George. The second betrayal spread its evil acrimony across the United States now characterized as chokehold communities for persons branded by color.

The blacks fled the South, headed north and pushed west to Minneapolis where they stopped a while to breathe the fresh air denied them in the valley of the Mississippi. It was here, in Minnesota, in the middle of America, that the man George was crucified on concrete, so cold and calculated!

But the ‘Ghetto Angel’ unleashed the wrath of the wise world upon the wicked and their worshippers, and is now from above calling the nation to account. The man in the bunker is now like the boy on the moon, looking down from under, ‘biden time’, and hoping that the marches of millions, from Minneapolis to every other metropolis, can be halted by soldiers with his preference for dictatorship over democracy.

This is America’s third and last dance! There shall be no fourth. This is the beginning of the new ‘hope opera’. One way or another, it’s the end for ‘Uncle Ben’. For the concrete, it too shall crumble, and dust to dust, the dawn of a new dance to the peoples’ song; the melody of Martin, the exorcism of The X, and the drum base for the waist of Mosiah Garvey.